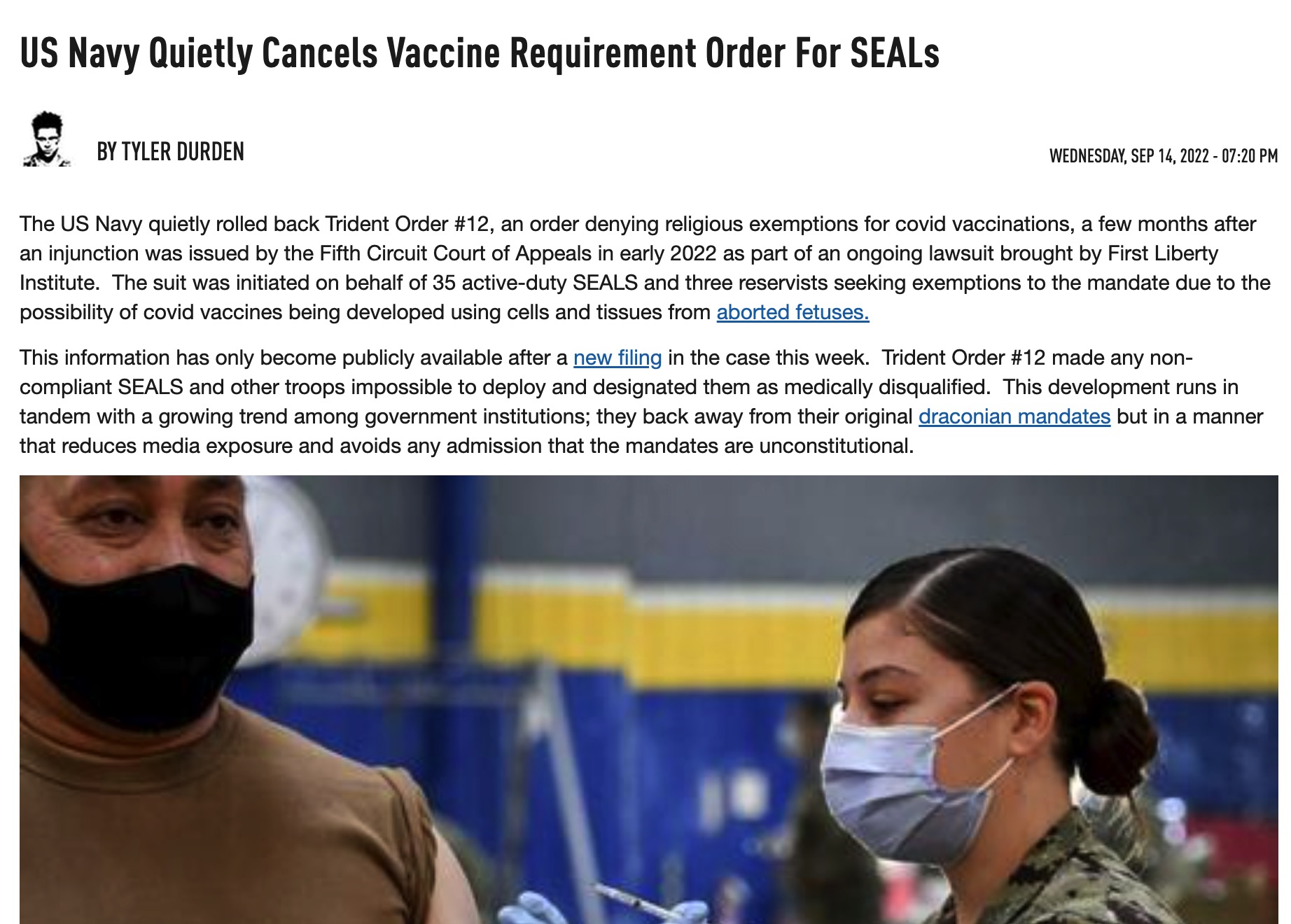 The US Navy quietly rolled back Trident Order #12, an order denying religious exemptions for covid vaccinations, a few months after an injunction was issued by the Fifth Circuit Court of Appeals in early 2022 as part of an ongoing lawsuit brought by First Liberty Institute.  The suit was initiated on behalf of 35 active-duty SEALS and three reservists seeking exemptions to the mandate due to the possibility of covid vaccines being developed using cells and tissues from aborted fetuses.

This information has only become publicly available after a new filing in the case this week.  Trident Order #12 made any non-compliant SEALS and other troops impossible to deploy and designated them as medically disqualified.  This development runs in tandem with a growing trend among government institutions; they back away from their original draconian mandates but in a manner that reduces media exposure and avoids any admission that the mandates are unconstitutional.  Source: Zero Hedge