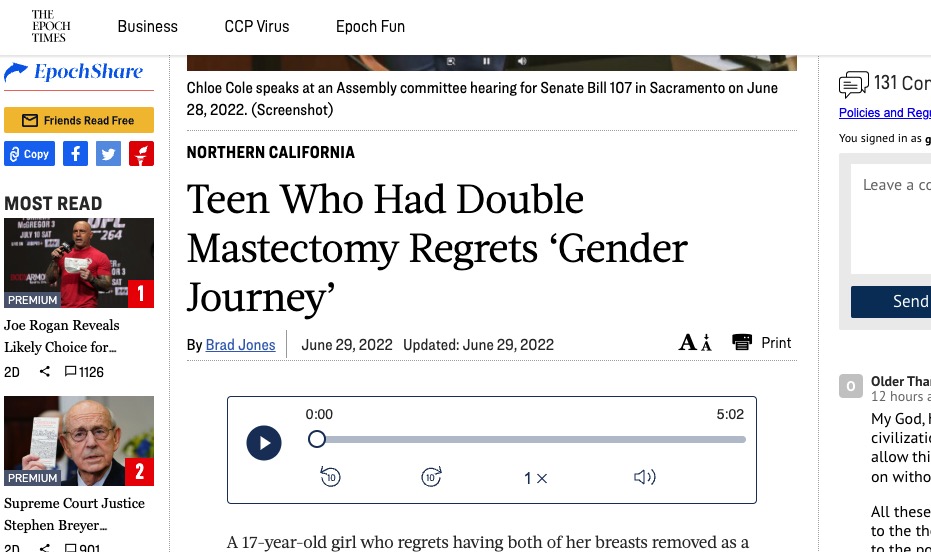 A 17-year-old girl who regrets having both of her breasts removed as a result of so-called “gender-affirming care” testified before a California Assembly committee hearing June 28, urging state lawmakers to reject proposed legislation that would make California a transgender sanctuary state.

“I was medically transitioned from ages 13 and 16,” Chloe Cole from the Central Valley told the public safety committee, saying she suffered irreversible consequences from surgeries and hormone treatment.

The committee passed the controversial Senate Bill (SB) 107, which proponents say would “provide refuge” for trans youth, their parents, and those who advocate for and provide “gender-affirming health care ” for minors. Source: Epoch Times