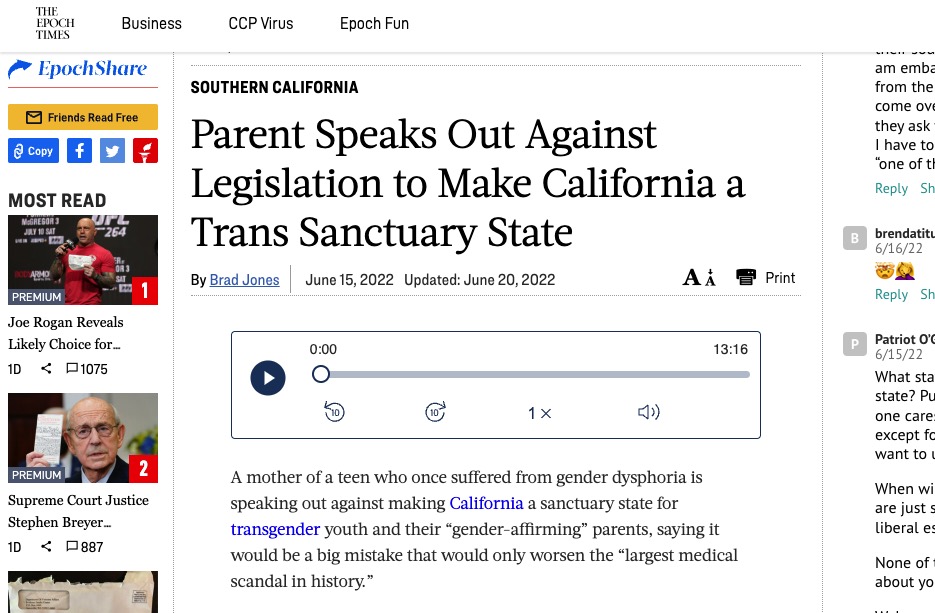 A mother of a teen who once suffered from gender dysphoria is speaking out against making California a sanctuary state for transgender youth and their “gender-affirming” parents, saying it would be a big mistake that would only worsen the “largest medical scandal in history.”

Erin Friday, a self-declared Democrat whose daughter no longer identifies as trans, told the California Assembly judiciary committee at a June 8 hearing that transgender indoctrination of children is a “social contagion.”

“Don’t make California a refuge for what will be seen as the largest medical scandal in history. Educate yourself,” she told the committee. Source: Epoch Times