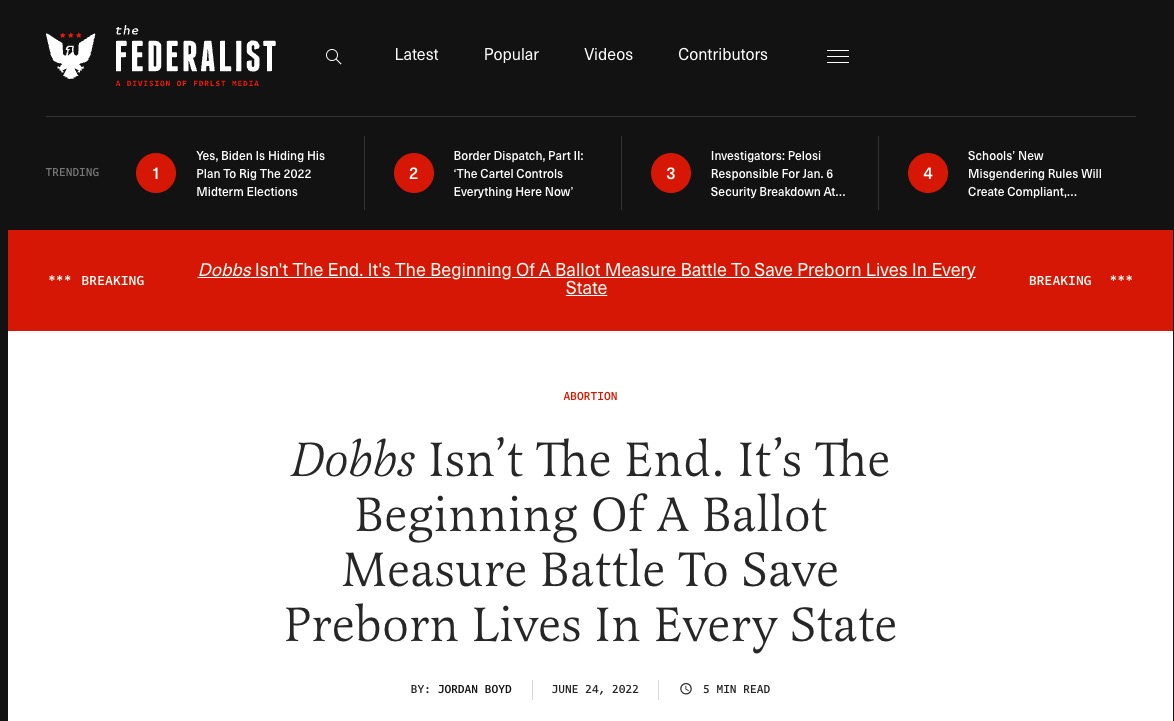 The U.S. Supreme Court’s Dobbs v. Jackson Women’s Health Organization ruling is not the end of the fight for unborn lives. It’s the beginning of a long, drawn-out battle to save unborn lives in all 50 states which are no longer under the curse of Roe v. Wade.

Despite the moaning, groaning, and gnashing of teeth from the pro-abortion left and their cronies in the corrupt corporate media that the end of women’s “health” is near, the Supreme Court’s decision to overturn the infamous ruling from 1973 will give states the authority to create their own protections for life inside the womb.

Voters and legislators in several states such as Colorado, Iowa, Kansas, Kentucky, and Montana, are attempting through petitions and bills to incorporate laws or constitutional amendments affirming an unborn or born alive baby’s right to live on their respective 2022 midterm ballots. Their quest to explicitly “defend and protect unborn children,” as stated in the Iowa legislature’s proposal, would strengthen the states’ abilities to restrict and even ban abortion.  Source: The Federalist 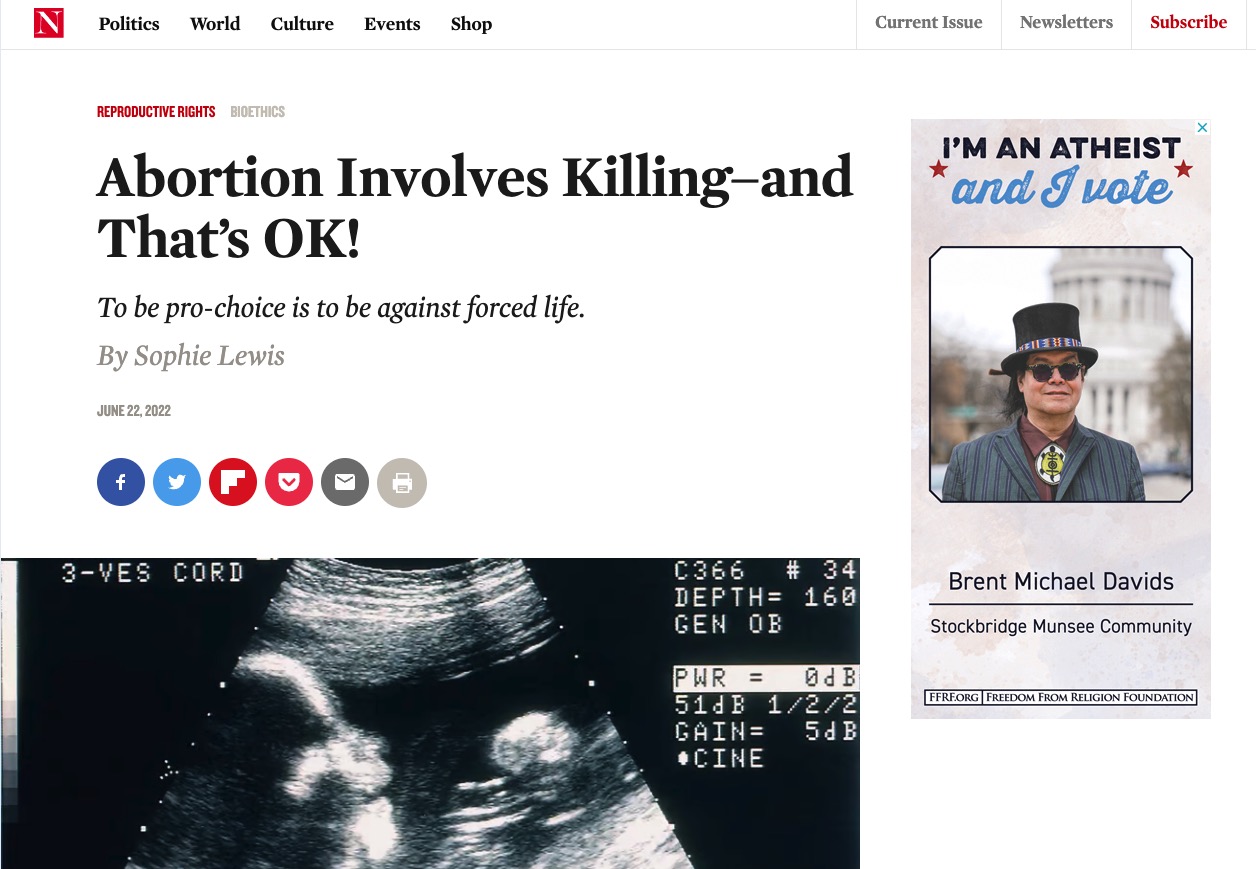 This article in “The Nation” admits that abortion is killing, but in a twisted way tries to justify it! 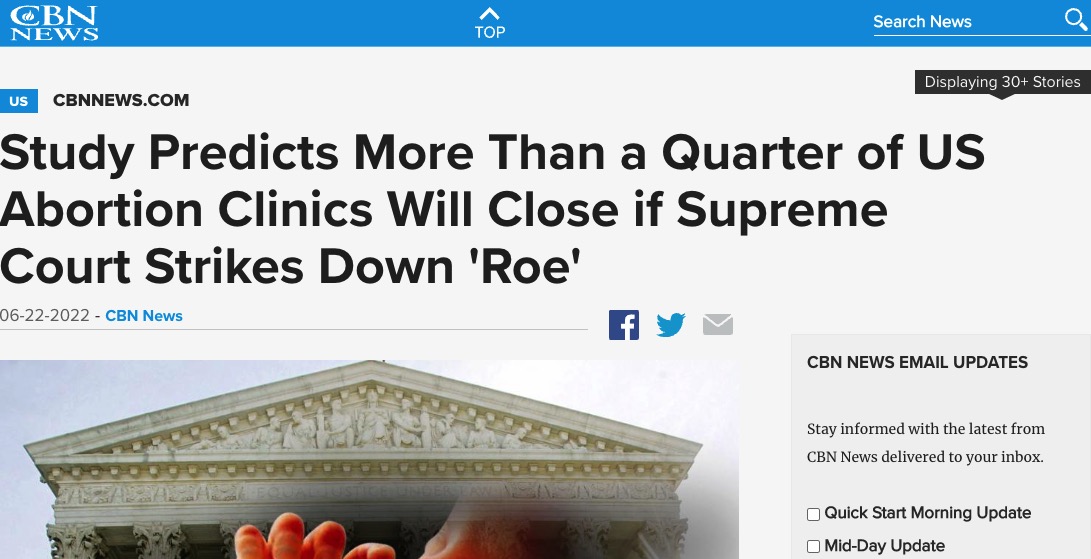 A new study finds that more than a quarter of the 790 abortion facilities across the United States would close if the U.S. Supreme Court overturns the 1973 landmark Roe v. Wade decision, the case that legalized abortion nationwide.

As CBN News reported last month, a leaked Supreme Court draft opinion written by Justice Samuel Alito indicates that the court may be preparing to strike down the Roe decision that made abortion a constitutional right in America, according to a Politico report.

Thirteen states have trigger laws in place that would prohibit abortion should Roe be overturned by the high court in a decision expected at the end of the month, which would shift the issue to the state legislatures. Source: CBN News 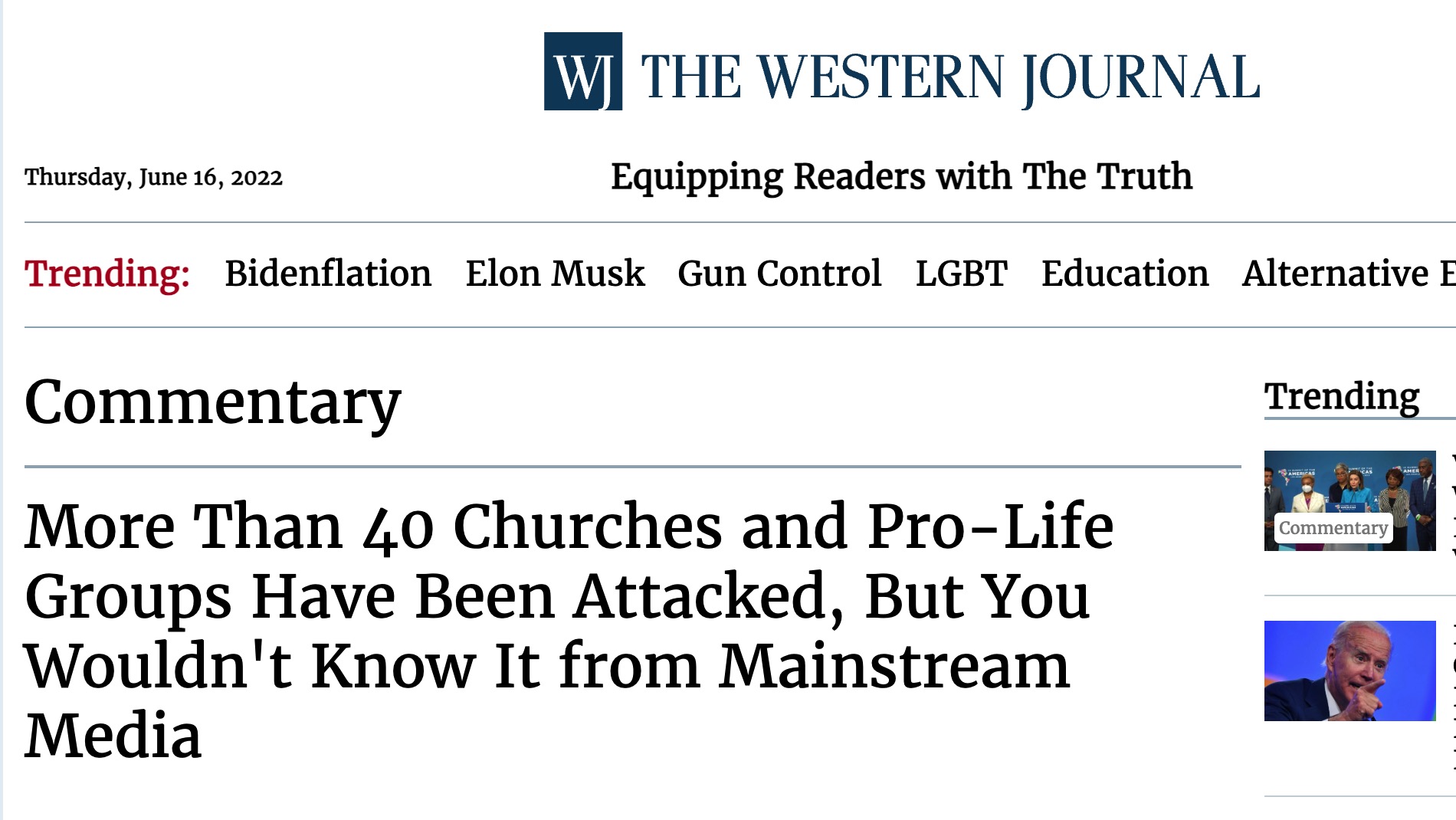 Churches and pro-life facilities have been attacked at least 41 times in less than two months, but it is a story of political violence that the media has ignored.

Proving, once again, that the U.S. media is only interested in stories that further the liberal narrative.

Over the last forty days there have been at least 41 instances of attacks on churches, pro-life organizations and pregnancy centers, according to a review by the Washington Stand.  Source: Western Journal 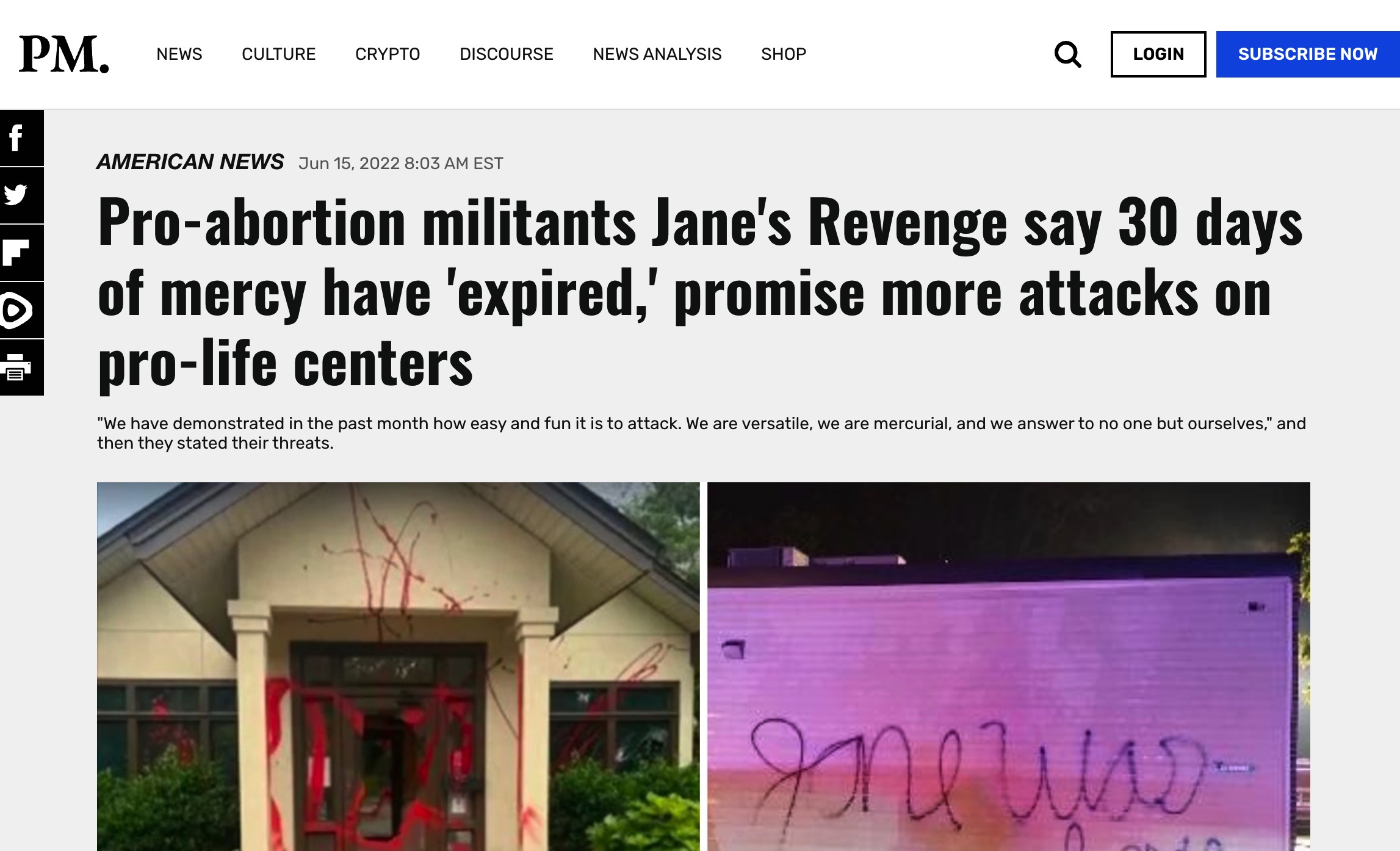 Pro-abortion militants Jane’s Revenge has declared that their 30 days of patience and mercy have come to an end. “Your thirty days expired yesterday,” they state in an open letter proffered on June 15. “We offered an honourable way out. You could have walked away. Now the leash is off. And we will make it as hard as possible for your campaign of oppression to continue.”
“We have demonstrated in the past month how easy and fun it is to attack. We are versatile, we are mercurial, and we answer to no one but ourselves,” and then they stated their threats.  Source: Post Millennial