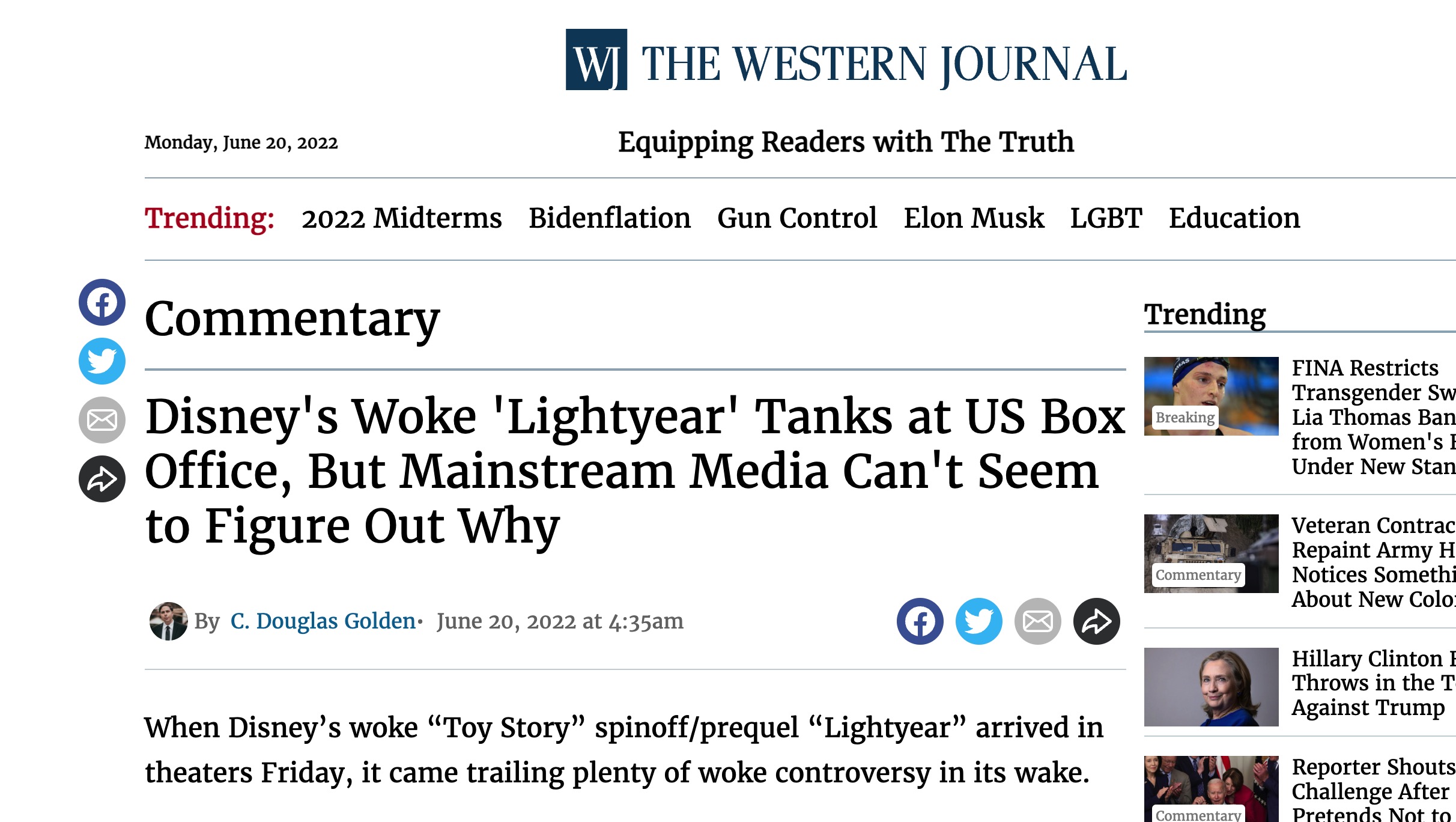 The company made a big deal about reinserting a wholly extraneous scene featuring a lesbian kiss in the film as a rejoinder to Florida GOP Gov. Ron DeSantis’ Parental Rights in Education bill — you know, what progressives call the “Don’t Say Gay” bill (that has nothing to do with saying “gay”).

Fourteen foreign markets had already banned the picture and it seems unlikely the largest foreign market for U.S. films, China, will allow it to be released there without edits. (According to Vice, Disney has refused.)  Source: Western Journal