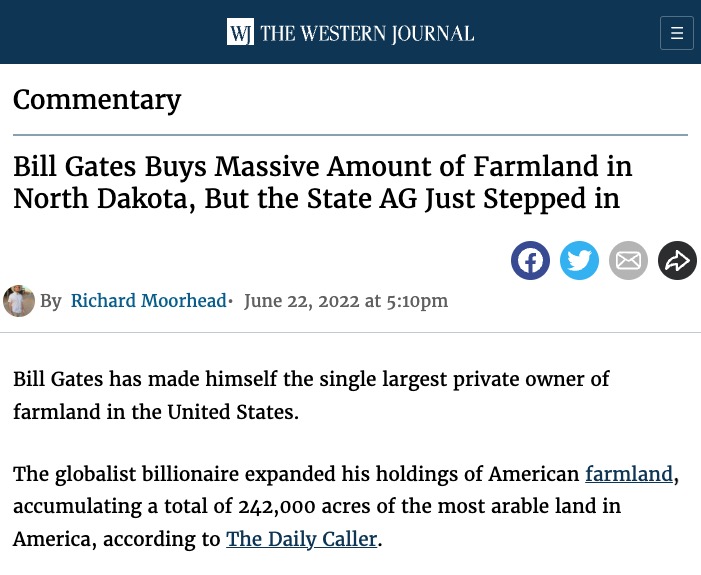 Bill Gates has made himself the single largest private owner of farmland in the United States.

The globalist billionaire expanded his holdings of American farmland, accumulating a total of 242,000 acres of the most arable land in America, according to The Daily Caller.

Attorney General Drew Wrigley sent a Tuesday letter to the trust, demanding answers on how he intends to use (or hoard) the land he purchased in the state. Source: Western Journal