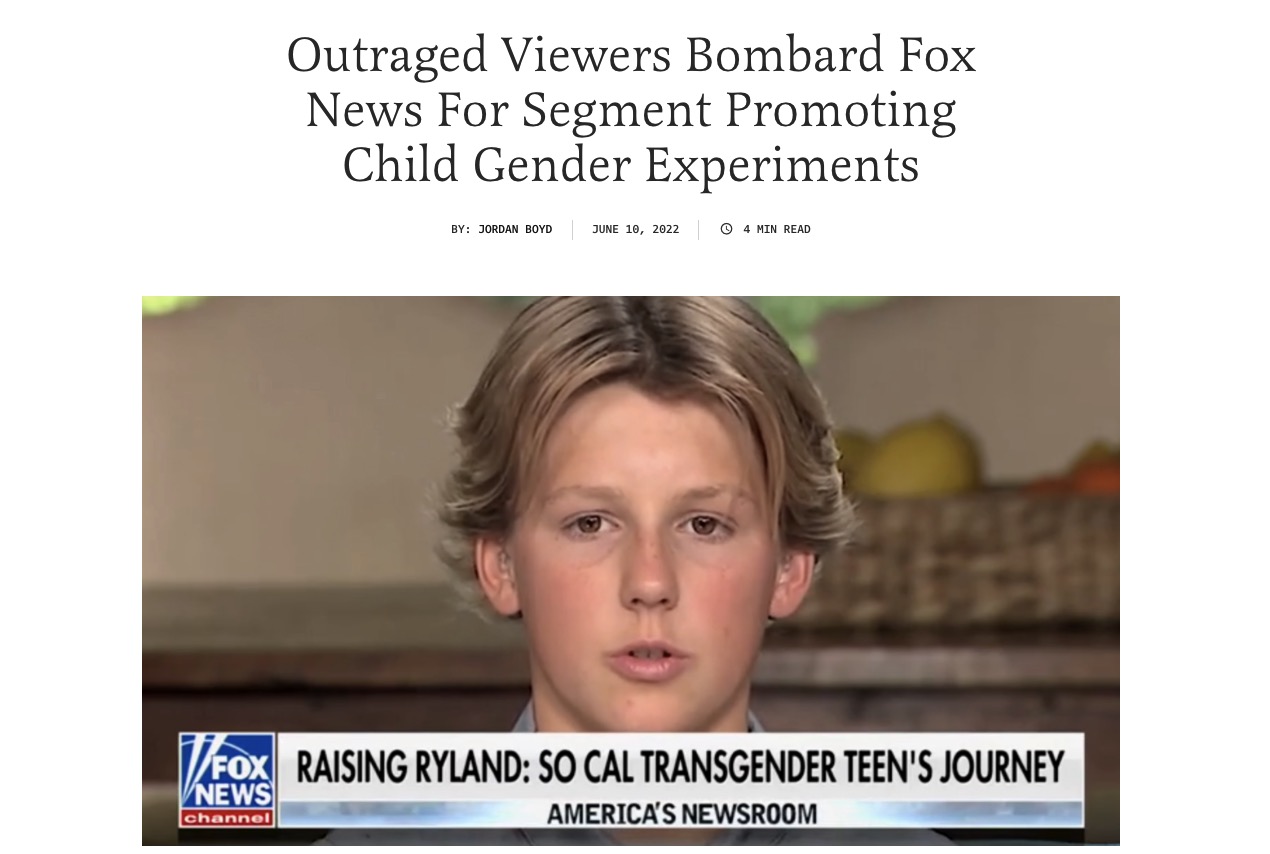 Fox News viewers, prominent Christians, and conservative pundits publicly bombarded the network Friday, after it aired a glowing news segment promoting a 14-year-old girl named Ryland, whose parents began pushing her to dress like a boy when she was an infant.

“We highlight the story of Ryland Whittington, whose journey of transitioning at age five has been seen by 7 million people in a family YouTube video,” “America’s Newsroom” host Dana Perino began, introducing the segment. “[Correspondent] Bryan Llenas has a story about that family that hopes their experience can help others.”

The programming block was shown as part of the network’s advertised Pride Month series. Source: The Federalist