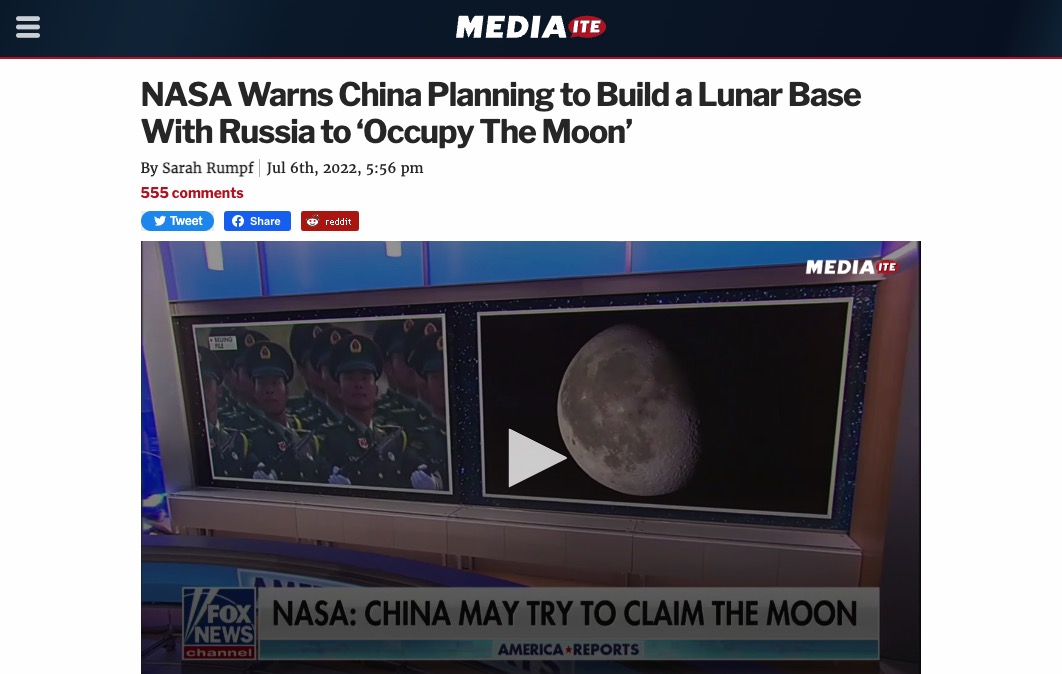 China is teaming up with Russia to compete against the United States in space, top NASA officials are warning, including plans to build a lunar base on the moon, attempting to claim Earth’s satellite for its own.

Fox News national security correspondent Jennifer Griffin reported on the comments from NASA Administrator Bill Nelson on Wednesday, saying that there were “real fireworks this week coming from Beijing” in response to his warning about a new space race and China’s intentions to “occupy the moon.”

“We must be very concerned about China is landing on the moon and saying: It’s ours now and you stay out,” Nelson said this weekend in an interview with German newsmagazine Bild. China was doing well because “they steal ideas and technology from others,” said Nelson, accusing China of using their space station to study how to destroy other nations’ satellites. Source: Mediaite