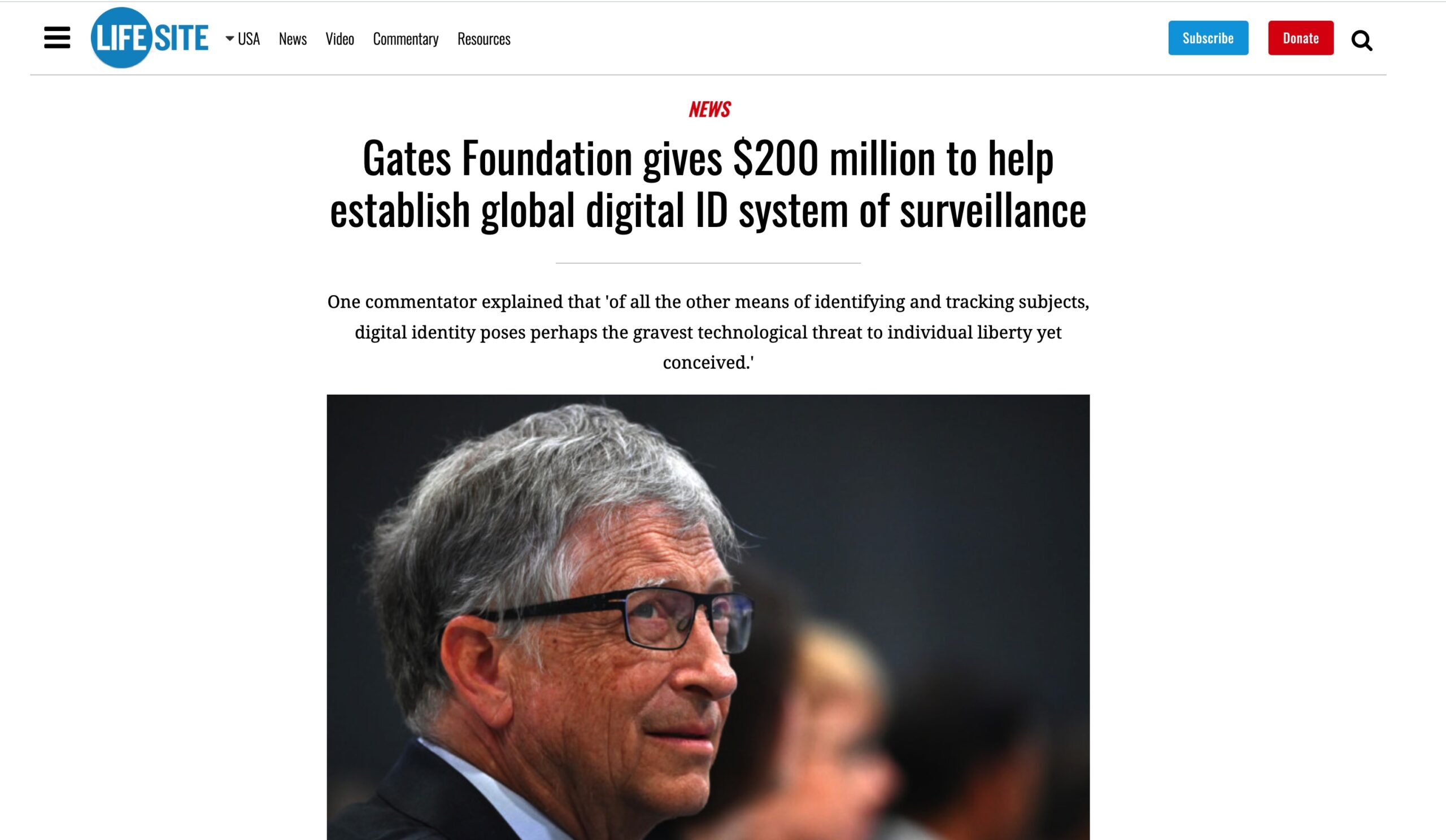 The Bill and Melinda Gates Foundation recently pledged $1.27 billion toward the United Nations’ openly pro-abortion 2030 Agenda goals, with $200 million going directly to aid in the creation of an invasive global digital ID system.

According to a September 21 press release published on the Gates Foundation’s website, the $200 million package will be used to create an infrastructure that “encompasses tools such as interoperable payment systems, digital ID, data-sharing systems, and civil registry databases” that purports to make countries “more resilient to crises such as food shortages, public health threats, and climate change, as well as to aid in pandemic and economic recovery.”

The 2030 Agenda was adopted by the UN in 2015 and establishes a set of 17 goals that are rooted in Marxist theory. These goals, set to be achieved by 2030, aim to control the population through abortion and contraception, reduce fossil fuel consumption supposedly for the sake of the climate, and instigate a global ID system in which people’s every move will be tracked and monitored. Source: LifeSite News