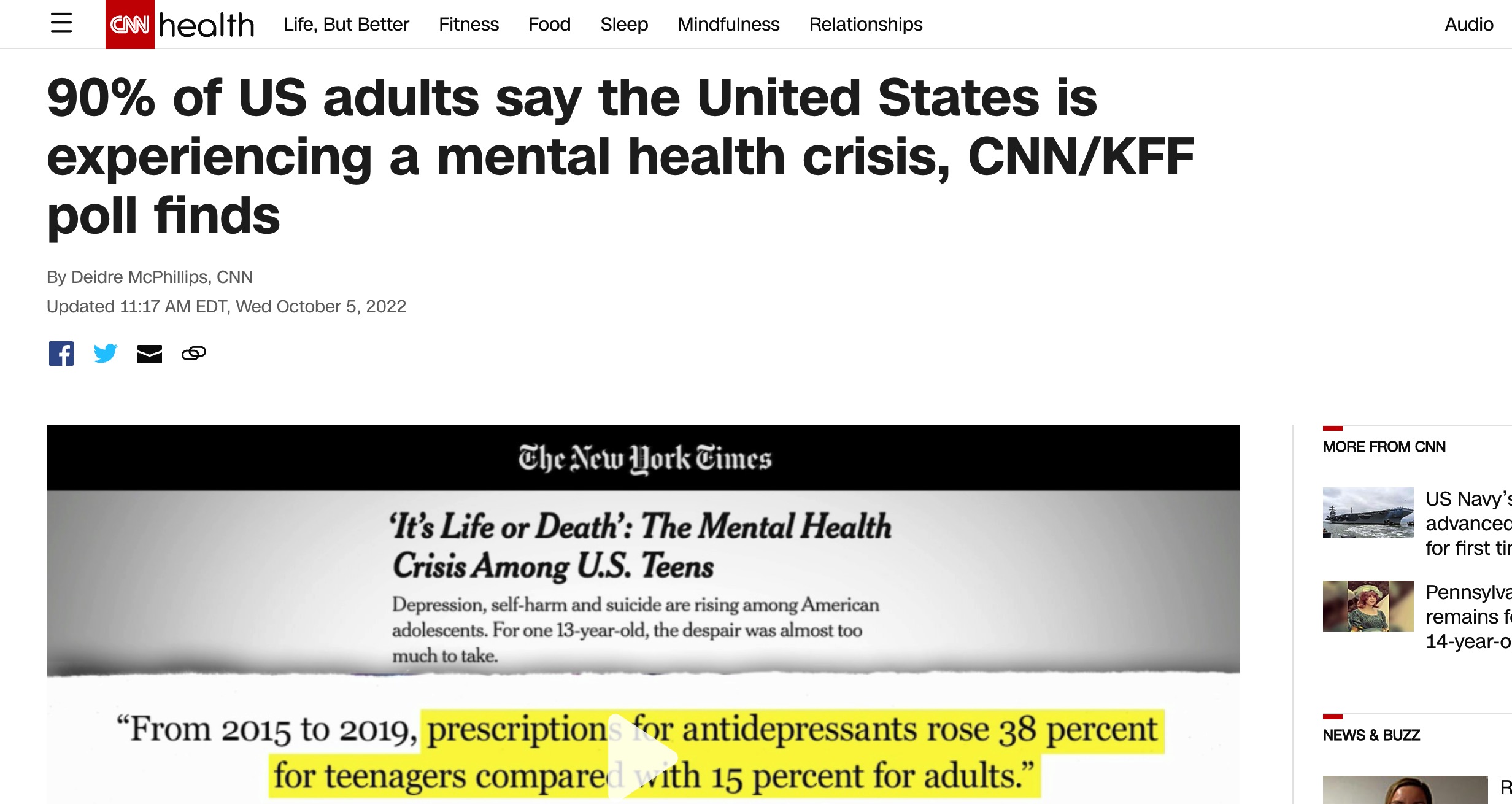 An overwhelming majority of people in the United States think the country is experiencing a mental health crisis, according to a new survey from CNN in partnership with the Kaiser Family Foundation.

Nine out of 10 adults said ​they believed that there’s a mental health crisis in the US today. Asked to rate the severity of six specific mental health concerns, Americans put the opioid epidemic near the top, with more than two-thirds of people identifying it as a crisis rather than merely a problem. More than half identified mental health issues among children and teenagers as a crisis, as well as severe mental illness in adults.

The survey captured the perceptions of a nationally representative sample of about 2,000 adults over the summer – 2½ years into the Covid-19 pandemic and amid ongoing public health threats including racism and gun violence. Source: CNN

2 thoughts on “90% of US adults say the United States is experiencing a mental health crisis, CNN/KFF poll finds”