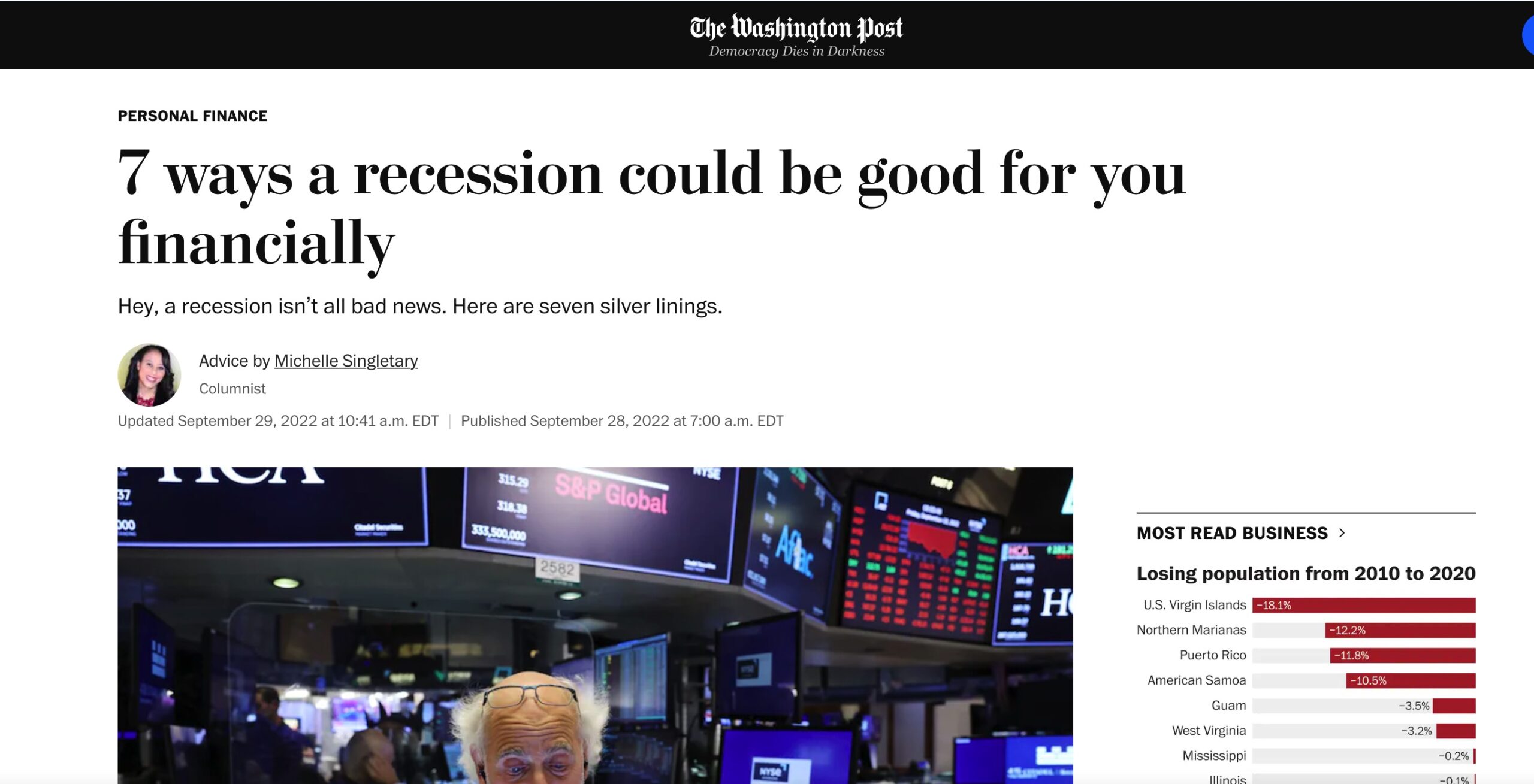 The Washington Post tried to spin the recession and suggest how it may be good for you financially while the markets are losing trillions!

In his first inaugural address in March 1933, President Franklin D. Roosevelt said: “So, first of all, let me assert my firm belief that the only thing we have to fear is fear itself.”

It was the Great Depression. The unemployment rate was over 25 percent. An estimated 12 million people were out of work, about one-fourth of the civilian labor force.

“More than 11,000 of 24,000 banks had failed, destroying the savings of depositors,” according to the National Archives. Read more…Washington Post