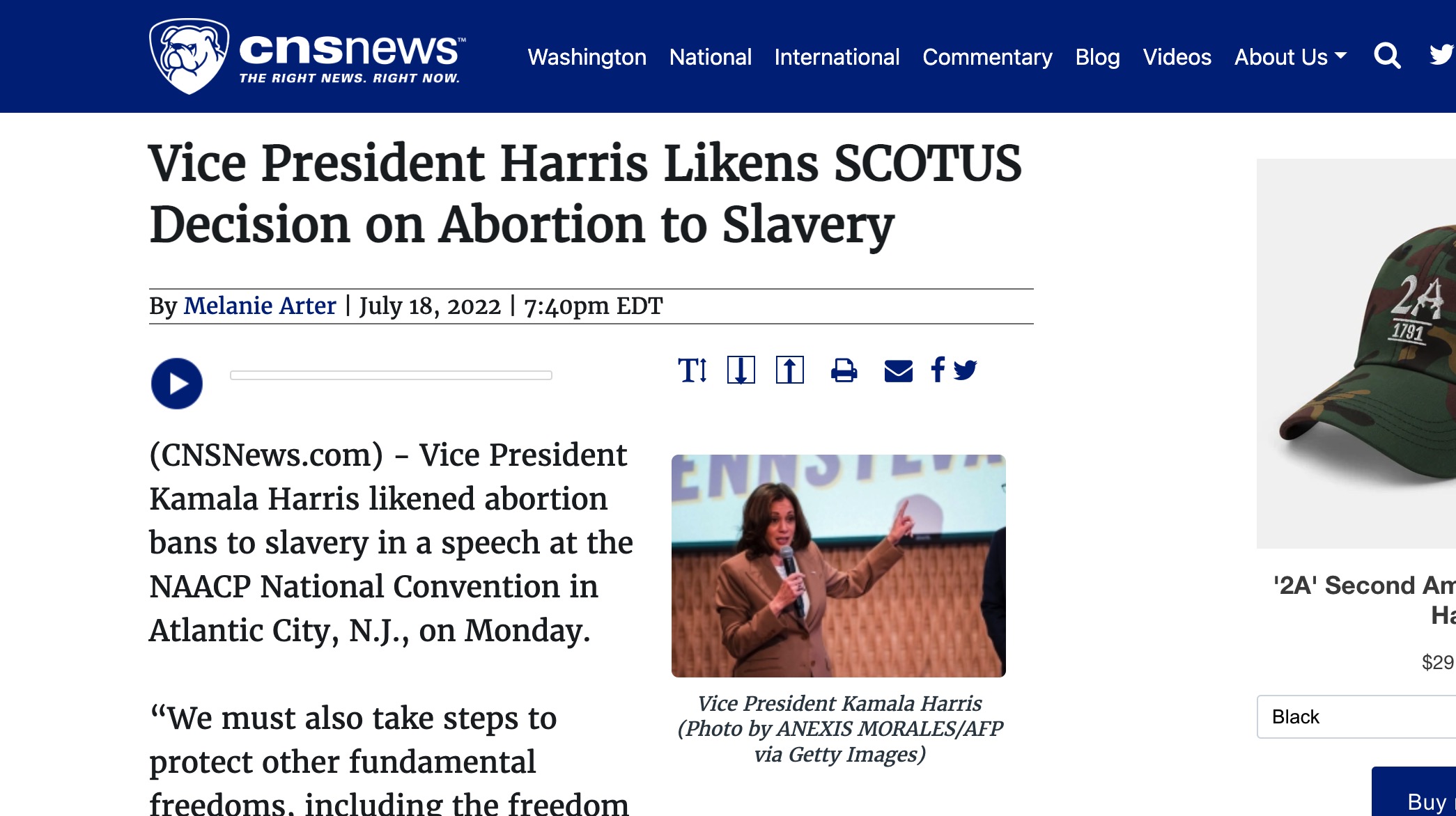 Vice President Kamala Harris likened abortion bans to slavery in a speech at the NAACP National Convention in Atlantic City, N.J., on Monday.

“We must also take steps to protect other fundamental freedoms, including the freedom for a woman to make decisions about her own body, and, you know, on this subject, it’s important to note that to support a woman’s ability — not her government, but her — to make that decision does not require anyone to abandon their faith or their beliefs,” Harris said.

“It just requires us to agree the government shouldn’t be making that decision for her, and think about it: For the first time in generations, the United States Supreme Court — the highest court of our land; the former court of Thurgood Marshall — took away a constitutional right, that had been recognized, from the people of America, from the women of America,” the vice president said. Source: CNS News