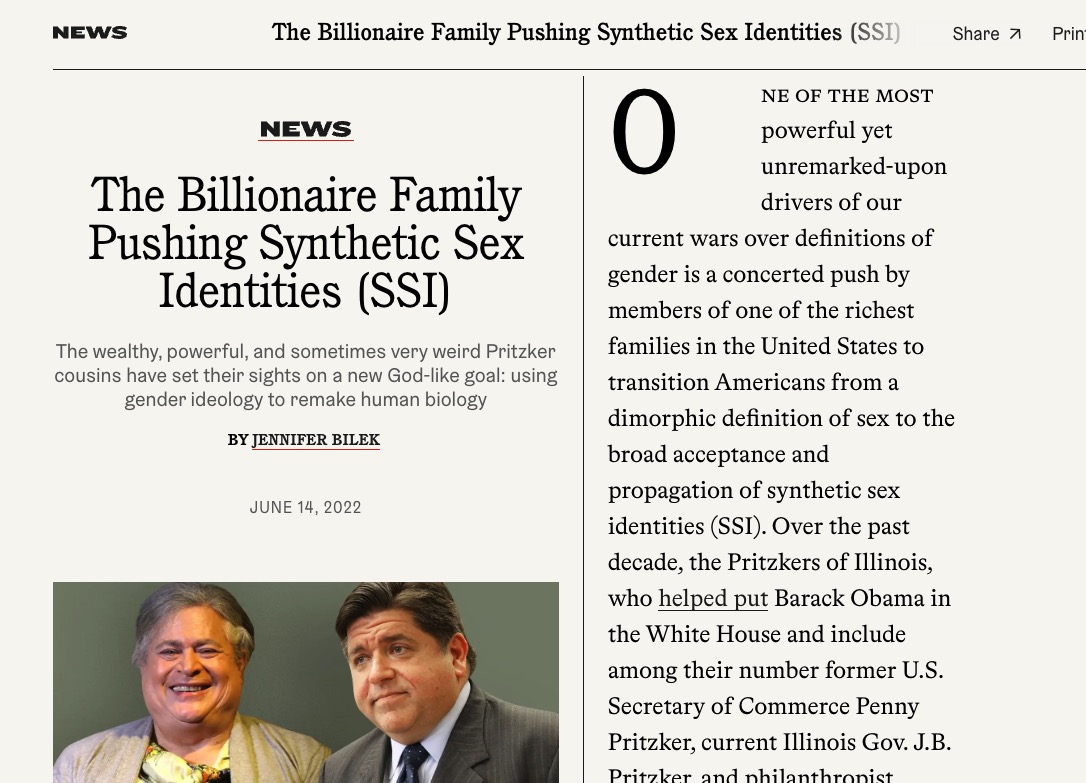 One of the most powerful yet unremarked-upon drivers of our current wars over definitions of gender is a concerted push by members of one of the richest families in the United States to transition Americans from a dimorphic definition of sex to the broad acceptance and propagation of synthetic sex identities (SSI). Over the past decade, the Pritzkers of Illinois, who helped put Barack Obama in the White House and include among their number former U.S. Secretary of Commerce Penny Pritzker, current Illinois Gov. J.B. Pritzker, and philanthropist Jennifer Pritzker, appear to have used a family philanthropic apparatus to drive an ideology and practice of disembodiment into our medical, legal, cultural, and educational institutions.  Source: Tablet