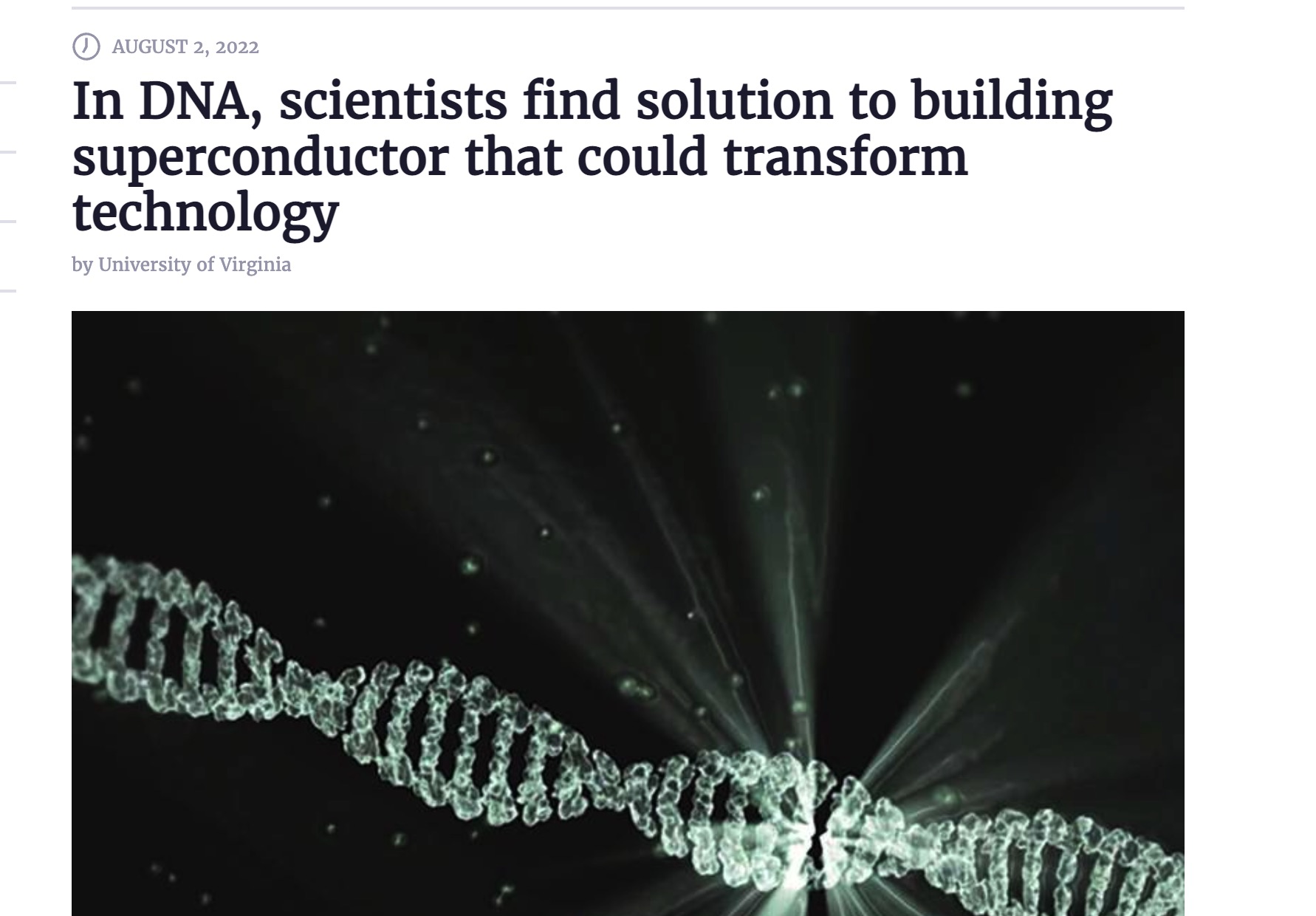 Scientists at the University of Virginia School of Medicine and their collaborators have used DNA to overcome a nearly insurmountable obstacle to engineer materials that would revolutionize electronics.

One possible outcome of such engineered materials could be superconductors, which have zero electrical resistance, allowing electrons to flow unimpeded. That means that they don’t lose energy and don’t create heat, unlike current means of electrical transmission. Development of a superconductor that could be used widely at room temperature—instead of at extremely high or low temperatures, as is now possible—could lead to hyper-fast computers, shrink the size of electronic devices, allow high-speed trains to float on magnets and slash energy use, among other benefits.

One such superconductor was first proposed more than 50 years ago by Stanford physicist William A. Little. Scientists have spent decades trying to make it work, but even after validating the feasibility of his idea, they were left with a challenge that appeared impossible to overcome. Until now. Source: Phys.Org