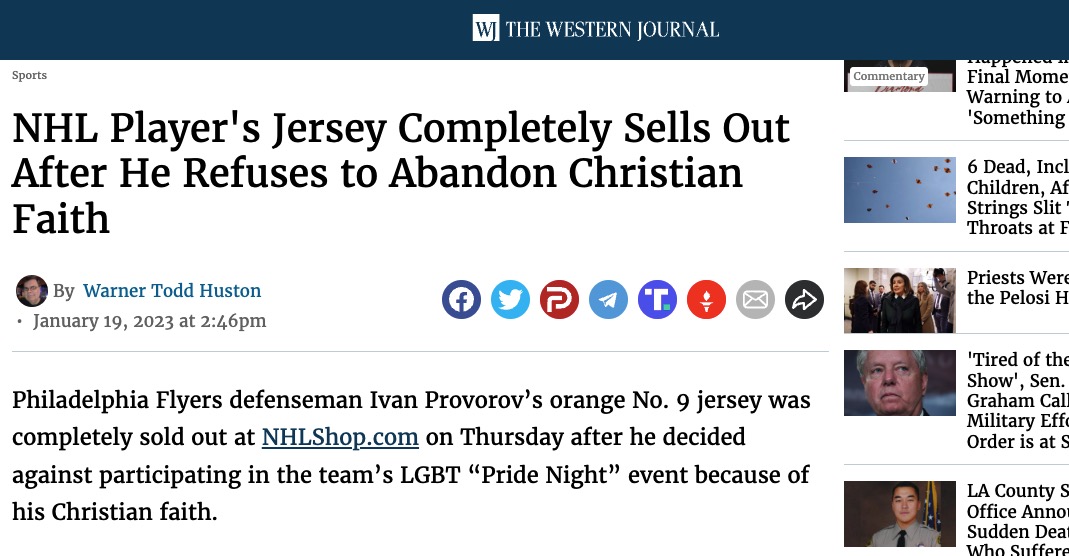 (Worthy Insights) – Philadelphia Flyers defenseman Ivan Provorov’s orange No. 9 jersey was completely sold out at NHLShop.com on Thursday after he decided against participating in the team’s LGBT “Pride Night” event because of his Christian faith.

On Tuesday, Provorov shocked the ultra-woke NHL when he decided to skip the Flyers’ warm-up period because he did not want to wear the team’s LGBT “pride” jersey or use the rainbow hockey stick that players were given to virtue signal to the gay lobby.

He said his Russian Orthodox faith prevents him from supporting the LGBT agenda and that is why he chose not to participate. [ Source: Western Journal (Read More…) ]