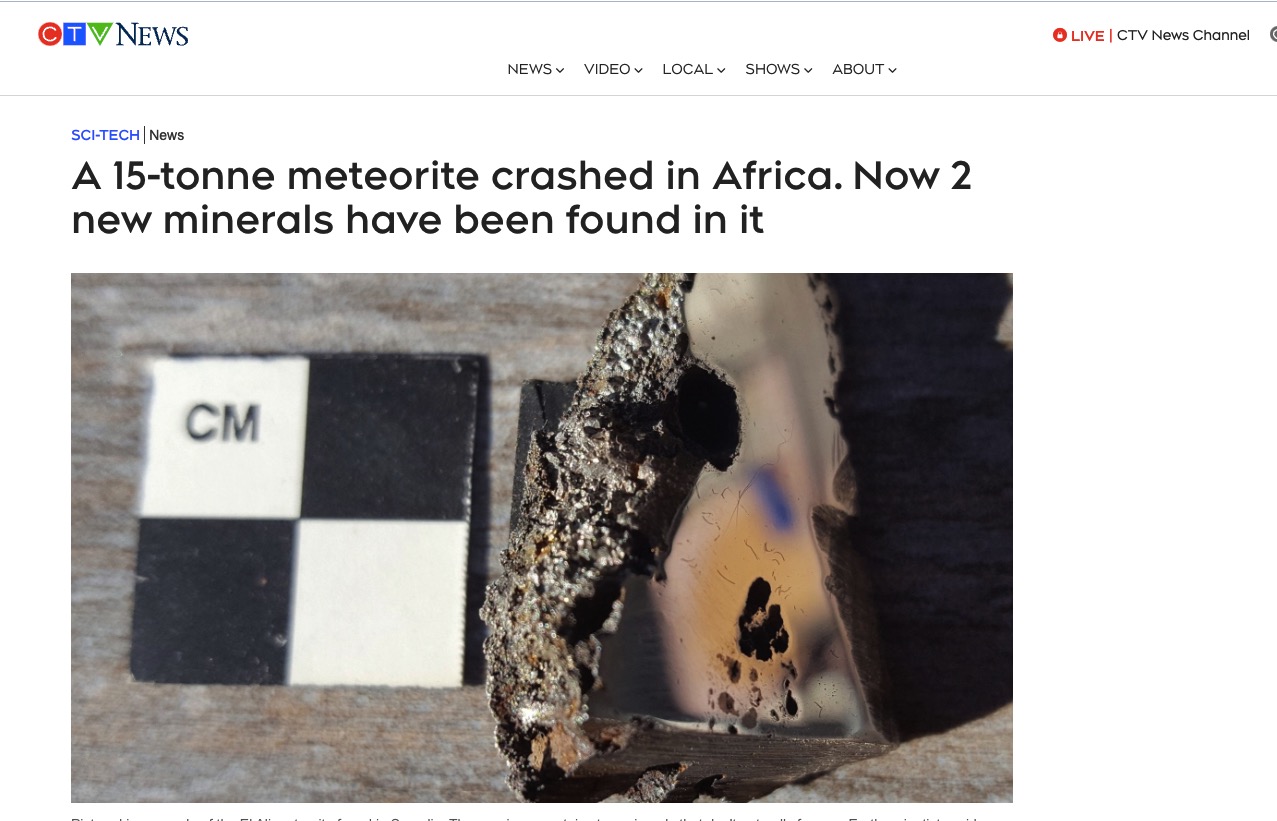 The minerals came from a 70-gram (nearly 2.5-ounce) slice of the meteorite, which was discovered in Somalia in 2020 and is the ninth-largest meteorite ever found, according to a news release from the University of Alberta.

One mineral’s name — elaliite — derives from the space object itself, which is called the “El Ali” meteorite since it was found near the town of El Ali in central Somalia.

Herd named the second one elkinstantonite after Lindy Elkins-Tanton, vice president of Arizona State University’s Interplanetary Initiative. Elkins-Tanton is also a regents professor in that university’s School of Earth and Space Exploration and the principal investigator of NASA’s upcoming Psyche mission — a journey to a metal-rich asteroid orbiting the sun between Mars and Jupiter, according to the space agency. [ Source: CTV (Read More…) ]