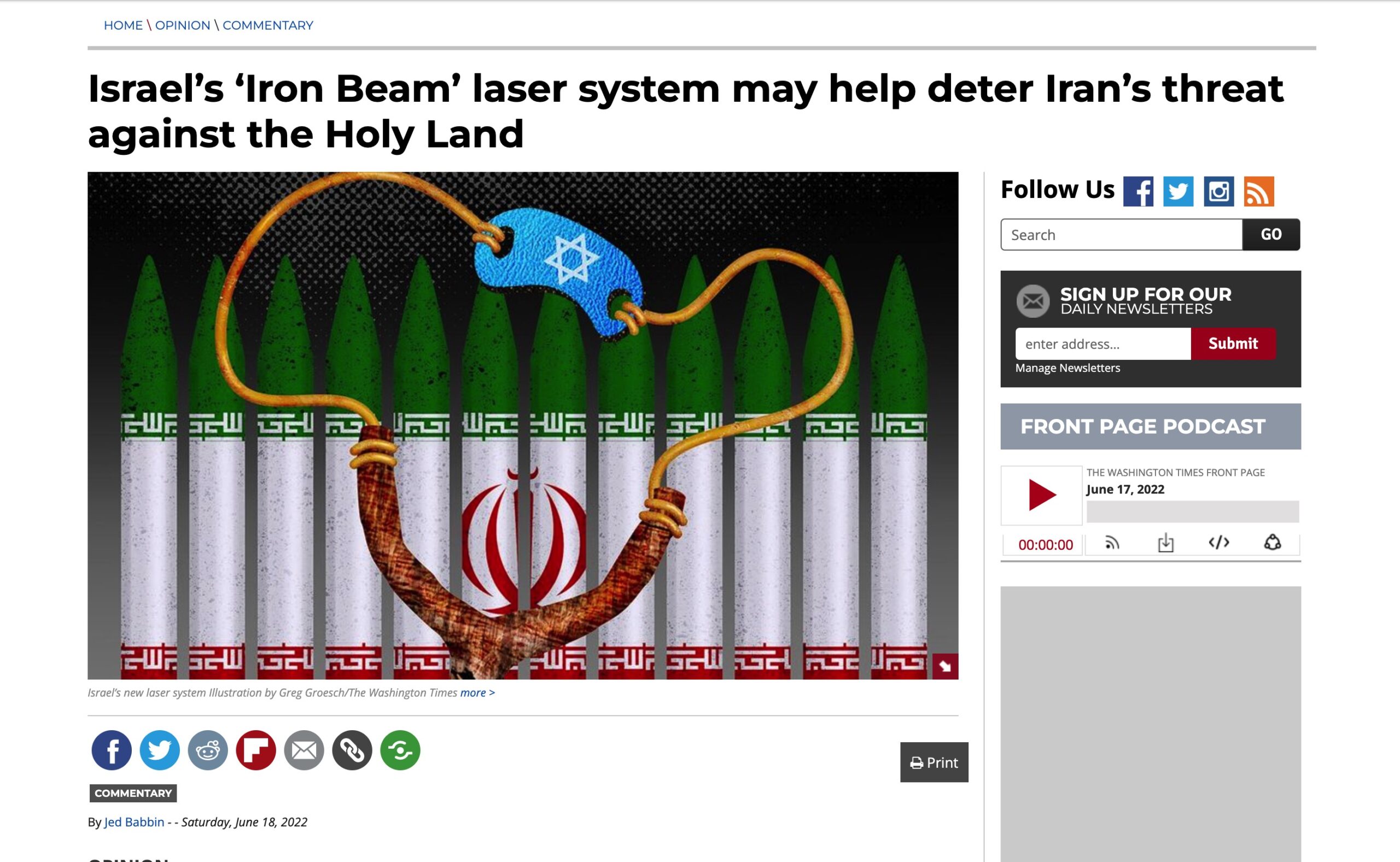 Hezbollah frequently launched several of its simplest rockets against Israel but hasn’t launched a major rocket or missile attack against Israel since 2018. The more rockets and missiles launched, the greater their capacity to overwhelm the limited number of defensive missiles that can be fired to intercept them.

The not-so-obvious problem with Iron Dome is that each Tamir missile costs about $50,000. The cost of a typical intercept is $100,000 or $150,000. Israel is a relatively wealthy nation, but those costs are not sustainable because of other demands — social welfare programs among them — on its budget.

What may be a solution to both problems has now been unveiled. Israel’s cheap shot — from its new “Iron Beam” laser system — will cost about $2 for each interception. Israeli Prime Minister Naftali Bennett announced the development of the system in early June. It is expected to be deployed next year. Source: Washington Times