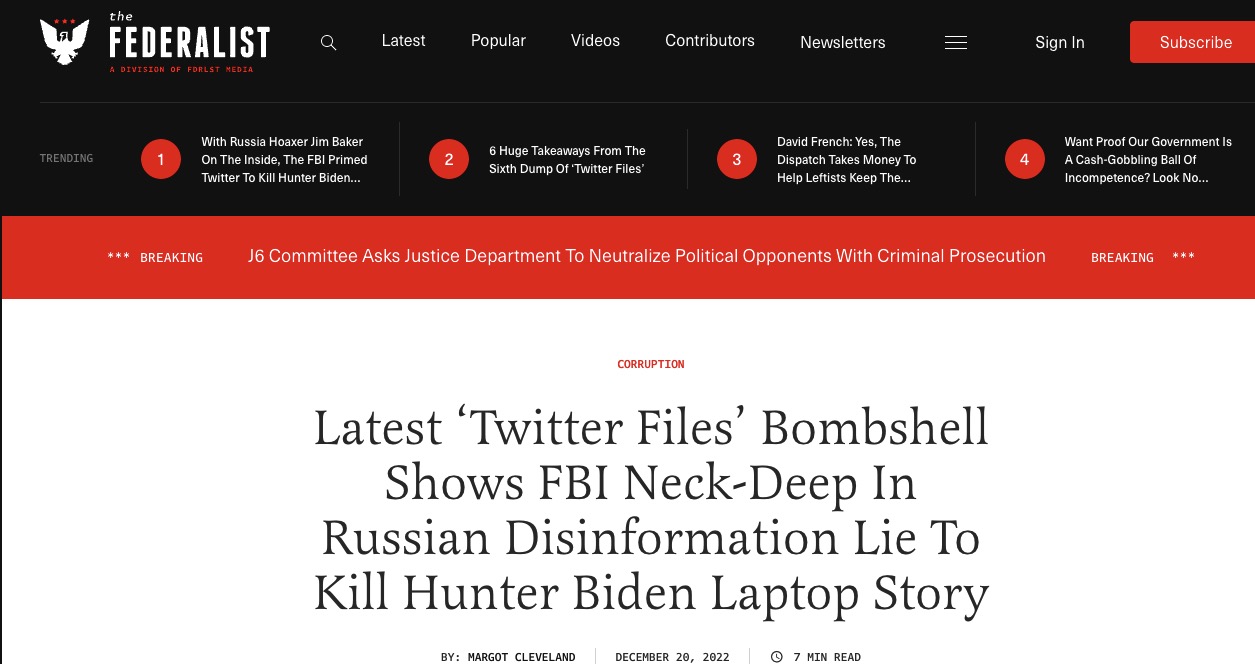 The night before the New York Post published emails recovered from an abandoned Hunter Biden laptop that established Joe Biden’s connections with his son’s business dealings, the FBI used a private communications channel to send 10 documents to a top Twitter executive.

While those documents and others remain cloistered at Twitter headquarters — likely because they are designated as classified — additional materials released Monday as part of the “Twitter Files,” part seven, suggest the FBI was extensively involved in crafting the Russian disinformation narrative to kill the Hunter Biden laptop story. Source: The Federalist 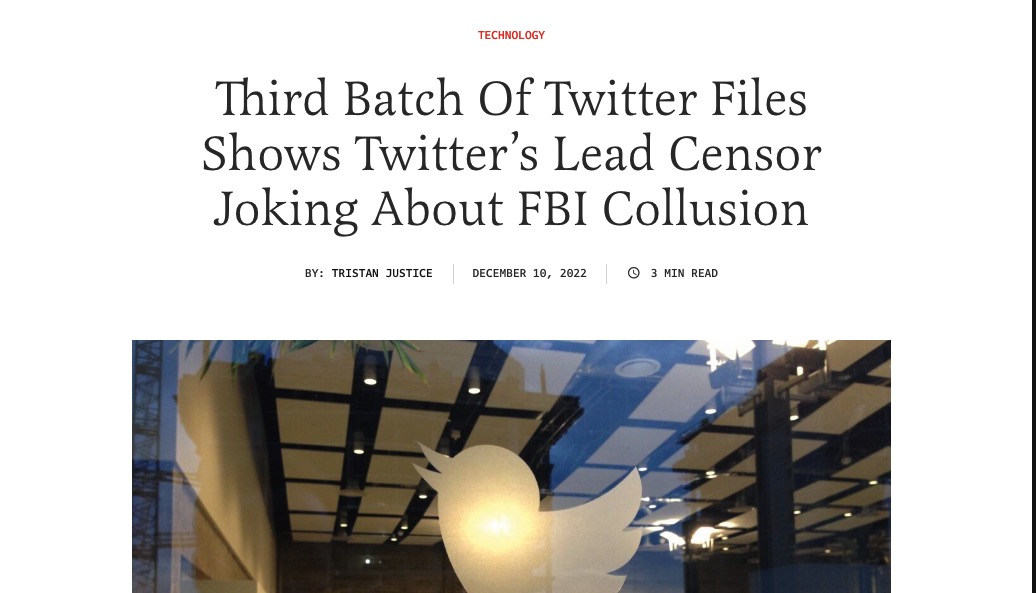 “I’m a big believer in calendar transparency,” Roth said in one message. “But I reached a certain point where my meetings became… very interesting.” Source: The Federalist