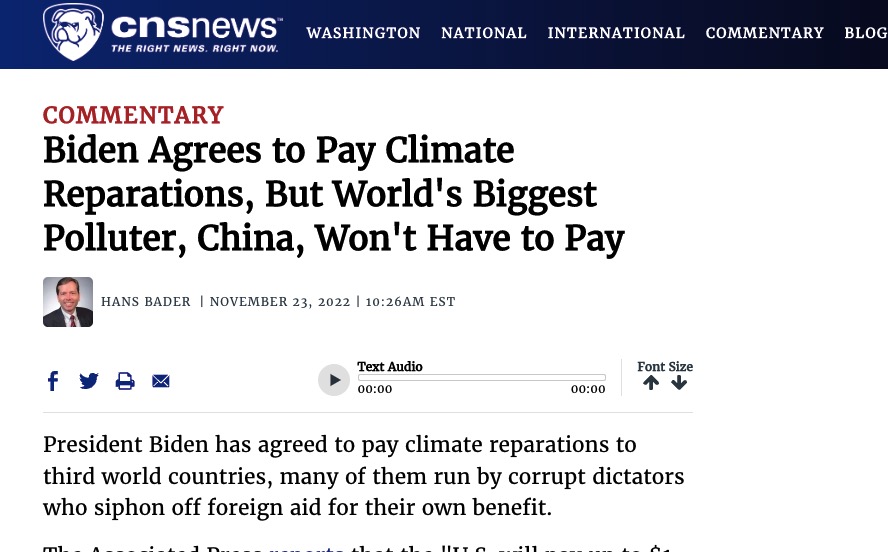 President Biden has agreed to pay climate reparations to third world countries, many of them run by corrupt dictators who siphon off foreign aid for their own benefit.

The Associated Press reports that the “U.S. will pay up to $1 billion to compensate developing countries for global warming — but gas-guzzling China” — the world’s biggest polluter — “WON’T have to pay into global fund.”

“The fund, negotiated at the UN’s COP27 Summit, was originally known as a ‘loss and damage’ fund and had been blocked by previous administrations.” Source: CNS News