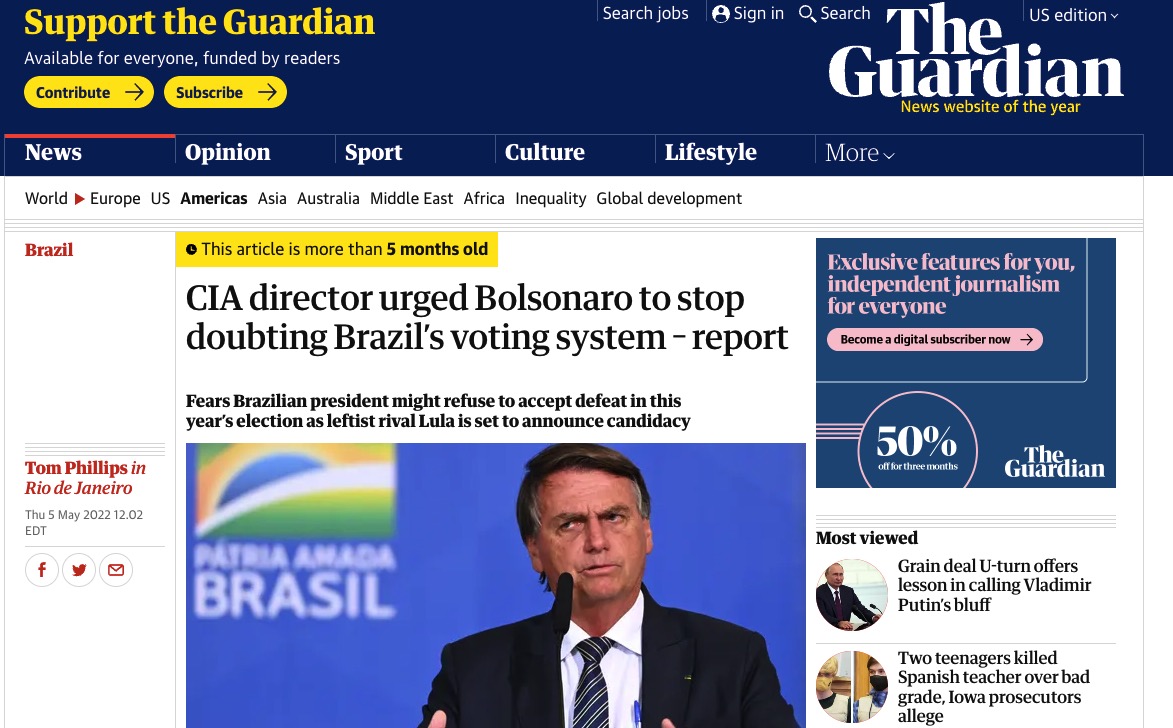 The CIA director William Burns urged Jair Bolsonaro to stop questioning his country’s voting system, it has been claimed, amid growing fears the Brazilian president might refuse to accept defeat in this year’s election.

Polls suggest Bolsonaro, a far-right populist famed for his adulation of Donald Trump, will struggle to secure a second term when about 150 million Brazilians head to the polls in October to choose their next leader.

Bolsonaro’s leftist rival, the former president Luiz Inácio Lula da Silva, is currently in pole position, and will formally announce his candidacy at a convention in São Paulo this weekend. Source: UK Guardian