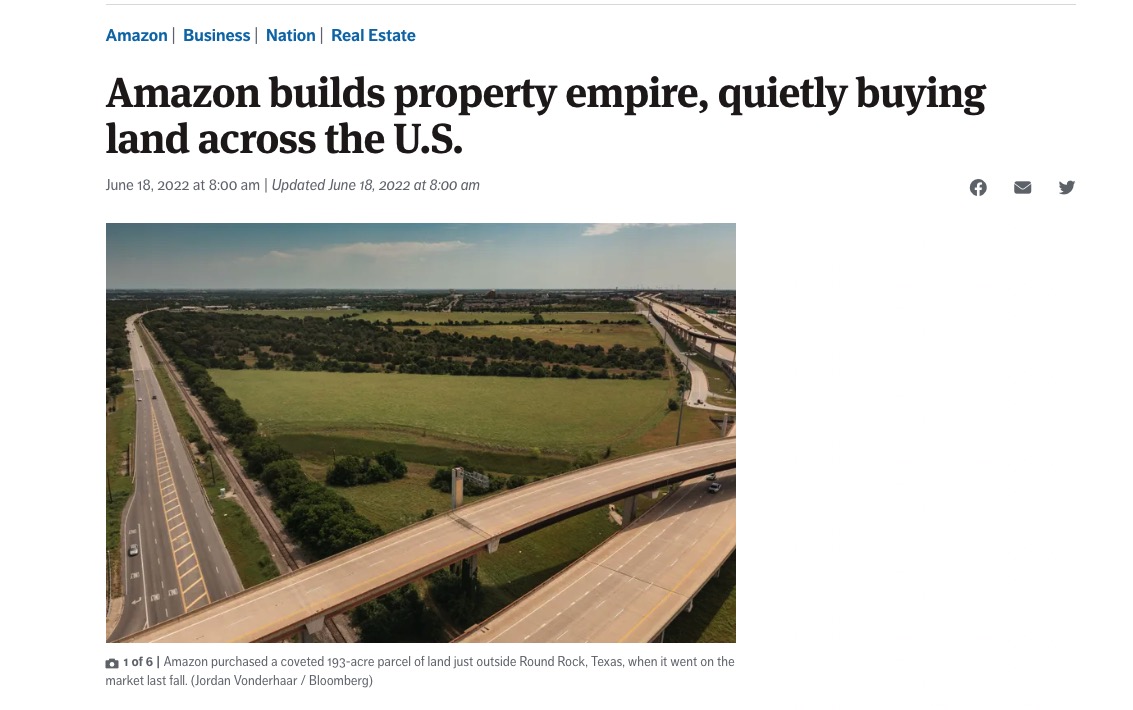 Starting about three years ago, the Seattle-based colossus quietly began searching for property in key U.S. markets such as Southern California, Texas, Illinois, Florida and the Bay Area. Between 2020 and 2022, Amazon tripled the amount of built industrial space it owns in North America, according to company filings. Sometimes Amazon buys existing buildings, such as defunct call centers, but it also purchases bare land, of which the company acquired about 4,000 acres in the same period, says real estate researcher CoStar Group. Amazon plans to use much of the real estate for a new generation of towering fulfillment centers that can store a wide variety of products close to customers in populous areas, according to people familiar with the strategy.

Buying land is a major shift for Amazon, which historically relied on a handful of developers to find property, build fairly simple warehouses and rent them back to the company. Now Amazon is increasingly taking parts of the development process in-house, often bidding against longtime partners for the best space. Source: Seattle Times / Bloomberg