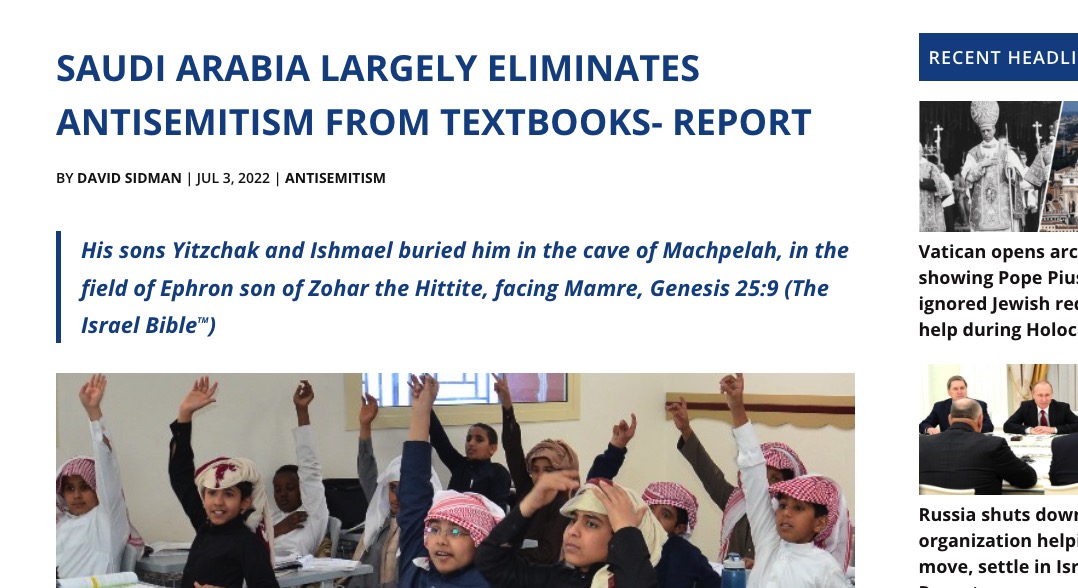 Antisemitism was by in large deleted from Saudi Arabian textbooks, The Institute for Monitoring Peace and Cultural Tolerance in School Education (IMPACT-se) revealed in its annual report on education in the Kingdom.

The report, published last week, discovered that content that portrayed Jews as insubordinate and teachings of antisemitic stereotypes, including Jews being wealthy, was eliminated from the country’s curriculum.

Riyadh has experienced a trend of progress in deleting antisemitism from its curriculum recently, IMPACT-se reported. Source: Israel365