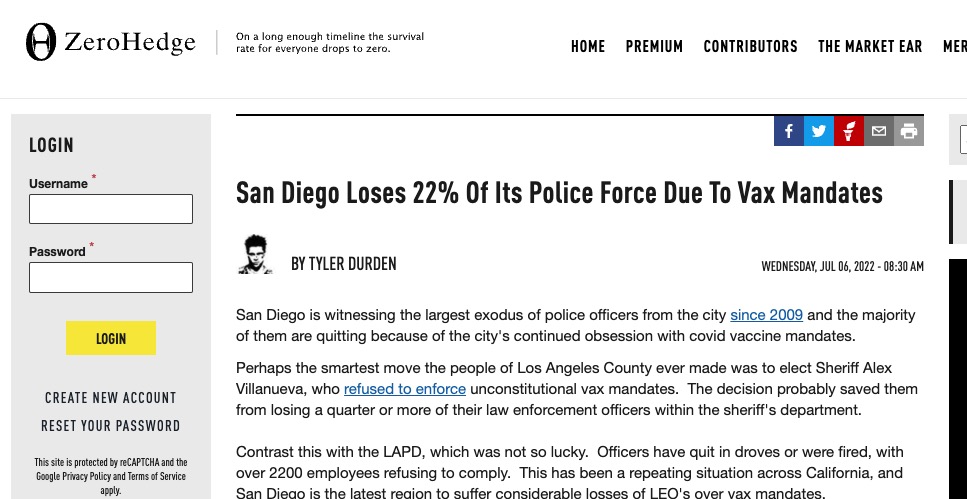 San Diego is witnessing the largest exodus of police officers from the city since 2009 and the majority of them are quitting because of the city’s continued obsession with covid vaccine mandates.

Perhaps the smartest move the people of Los Angeles County ever made was to elect Sheriff Alex Villanueva, who refused to enforce unconstitutional vax mandates. The decision probably saved them from losing a quarter or more of their law enforcement officers within the sheriff’s department.

Contrast this with the LAPD, which was not so lucky. Officers have quit in droves or were fired, with over 2200 employees refusing to comply. This has been a repeating situation across California, and San Diego is the latest region to suffer considerable losses of LEO’s over vax mandates. Source: ZeroHedge