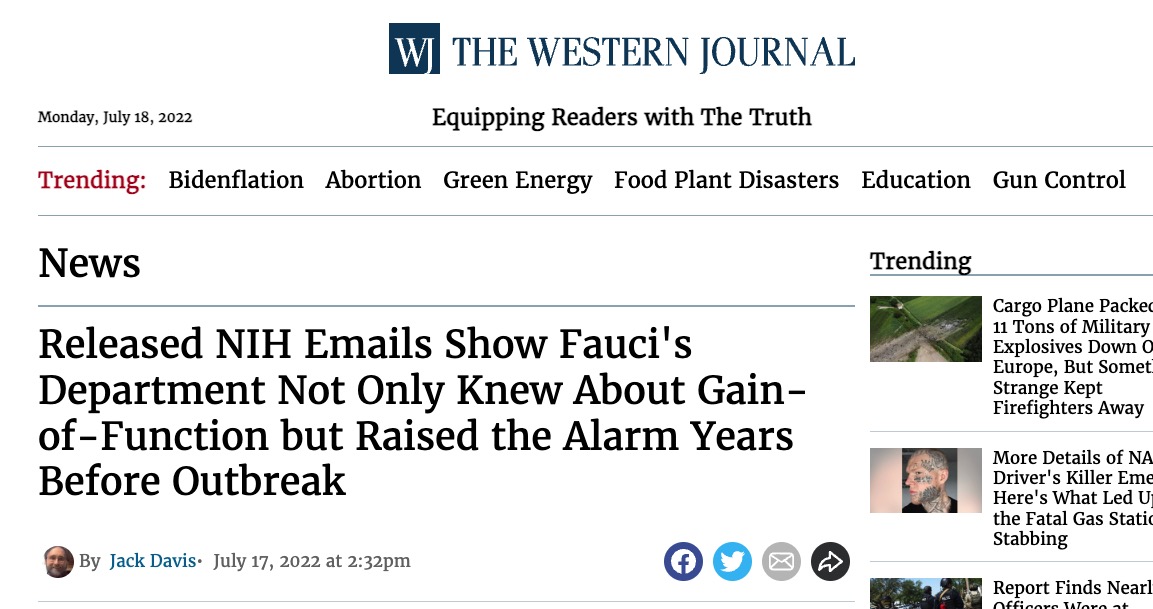 Four years before the world battled the rampant peril of COVID-19, officials at the National Institute of Allergy and Infectious Diseases expressed concerns over what they called “gain-of-function” research in China’s Wuhan Institute of Virology, according to documents received by Judicial Watch in response to a Freedom of Information Act request.

The agency is headed by Dr. Anthony Fauci, who has steadfastly denied that any “gain-of-function” research was supported by the agency. Gain-of-function research takes place when scientists take a virus that exists in nature and make it more powerful.

“The incredible disclosure of an FBI inquiry shows that Fauci and others involved in this scandal were being dishonest in dismissing the seriousness of questions about their cover-up of their funding of dangerous gain-of-function research in China,” Judicial Watch President Tom Fitton said, according to Judicial Watch.  Source: Western Journal