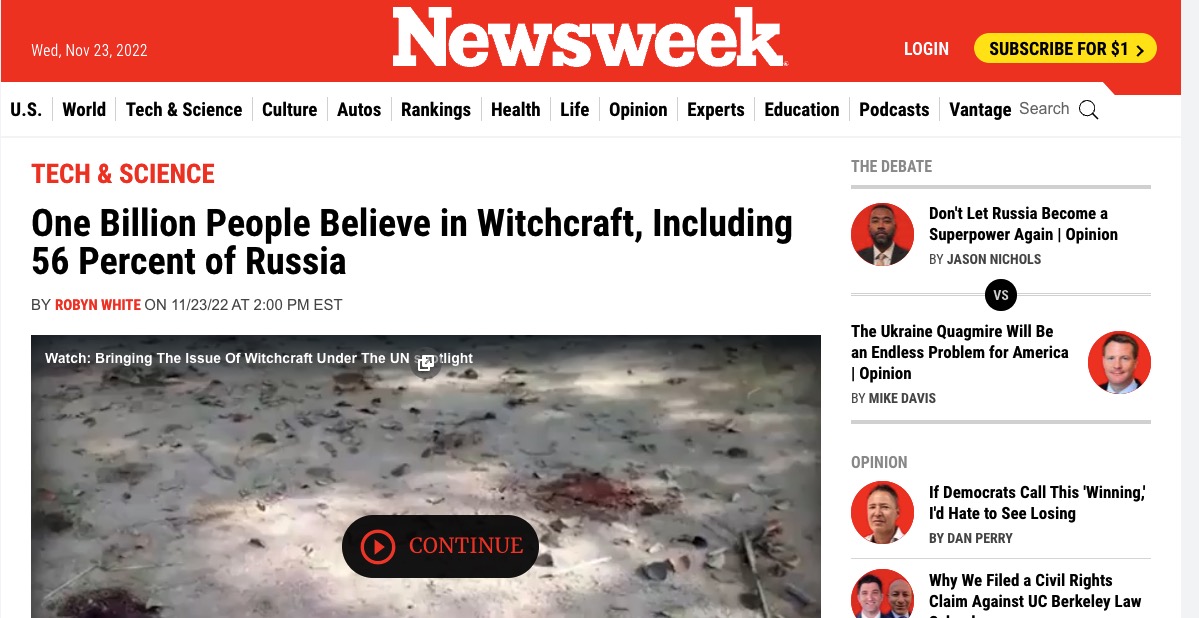 A global study has found that roughly one billion people in the adult population of 95 countries examined believe in “the evil eye,” and witches that can “cast curses or spells that cause bad things to happen to someone.”

1 thought on “One Billion People Believe in Witchcraft, Including 56 Percent of Russia”