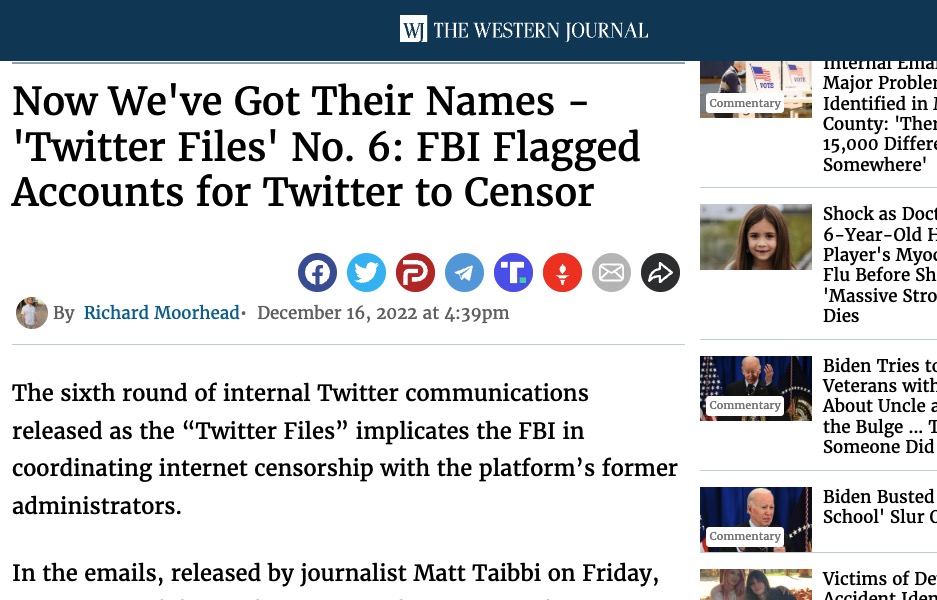 The sixth round of internal Twitter communications released as the “Twitter Files” implicates the FBI in coordinating internet censorship with the platform’s former administrators.

“Twitter’s contact with the FBI was constant and pervasive, as if it were a subsidiary,” Taibbi tweeted.

Taibbi claims to have identified more than 150 emails exchanged between the FBI and former Twitter head of trust and safety Yoel Roth. Source: Western Journal