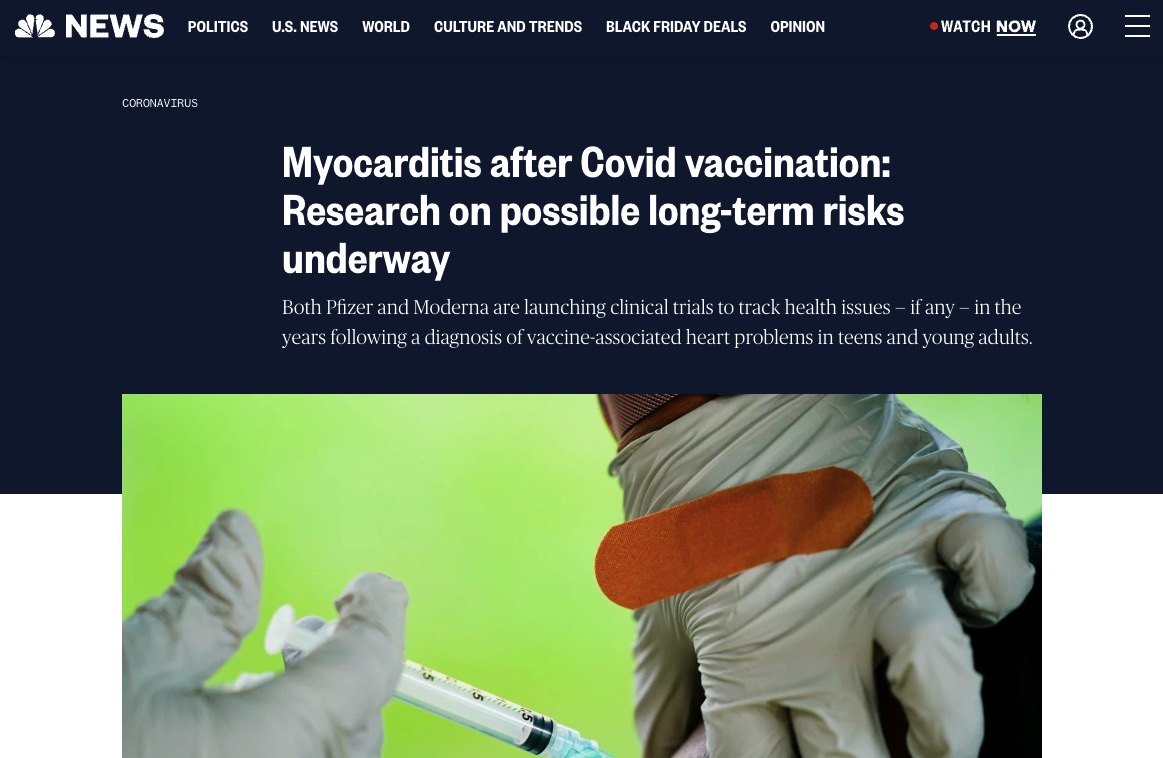 Of the hundreds of millions of Covid vaccine doses given in the U.S. since late 2020, there have been around 1,000 reports of vaccine-related myocarditis or pericarditis in children under age 18, primarily young males, according to the Centers for Disease Control and Prevention. Most of those who developed the condition have fully recovered, although research so far has only looked at how well they’re doing after several months. Some doctors wonder if it can cause permanent damage to the heart.

Now, the first research in the U.S. is underway, tracking adverse health effects — if any — that may appear in the years following a diagnosis of vaccine-associated heart problems. Moderna has already launched two trials, the most recent in September. Pfizer confirmed that at least one of its trials, which will include up to 500 teens and young adults under age 21, is slated to begin in the next couple of months.

The Food and Drug Administration has required that the drugmakers conduct several studies assessing the potential long-term impacts of myocarditis, as part of its approval of the mRNA Covid vaccines in the U.S. Early findings from the research could be published as early as next year, sources told NBC News. Source: NBC News