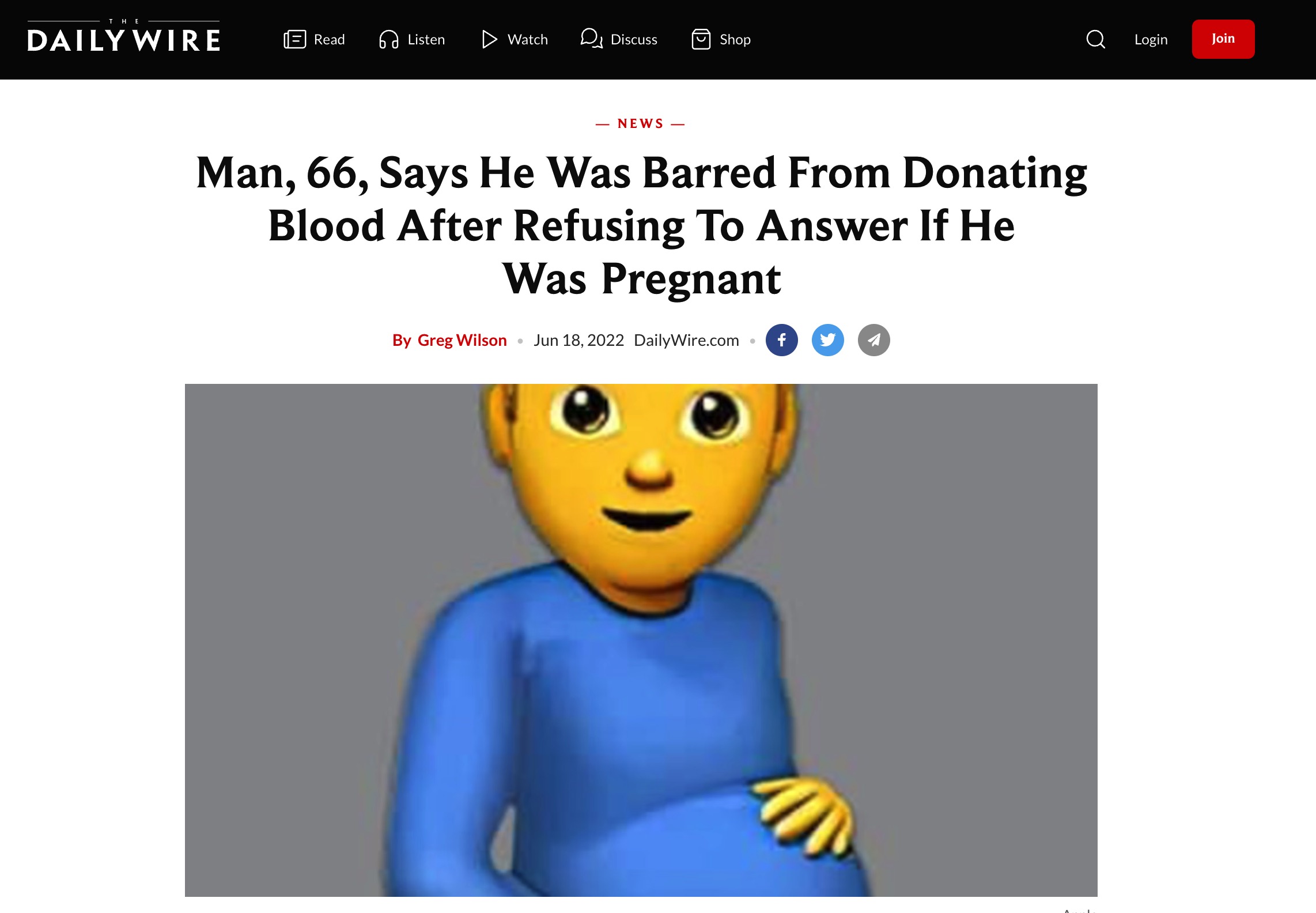 A 66-year-old Scottish man who has donated blood for years says he was turned away after refusing to answer if he was, or had recently been, pregnant.

Leslie Sinclair has donated over 125 pints of blood in the last half century, according to the Daily Mail. But when he most recently showed up to do his part to save lives, he says he was told to fill out a form asking if he was or had been pregnant anytime within the past six months.

“I indicated to the staff that I could not be in this position, but they told me that I must answer, otherwise I would not be able to donate blood,” Sinclair, of the central Scotland town of Stirling, told the Daily Mail. “I told them that it was stupid and that if I had to leave I would not come back and that was it, I got on my bike and left.” Source: Daily Wire

1 thought on “Man, 66, Says He Was Barred From Donating Blood After Refusing To Answer If He Was Pregnant”