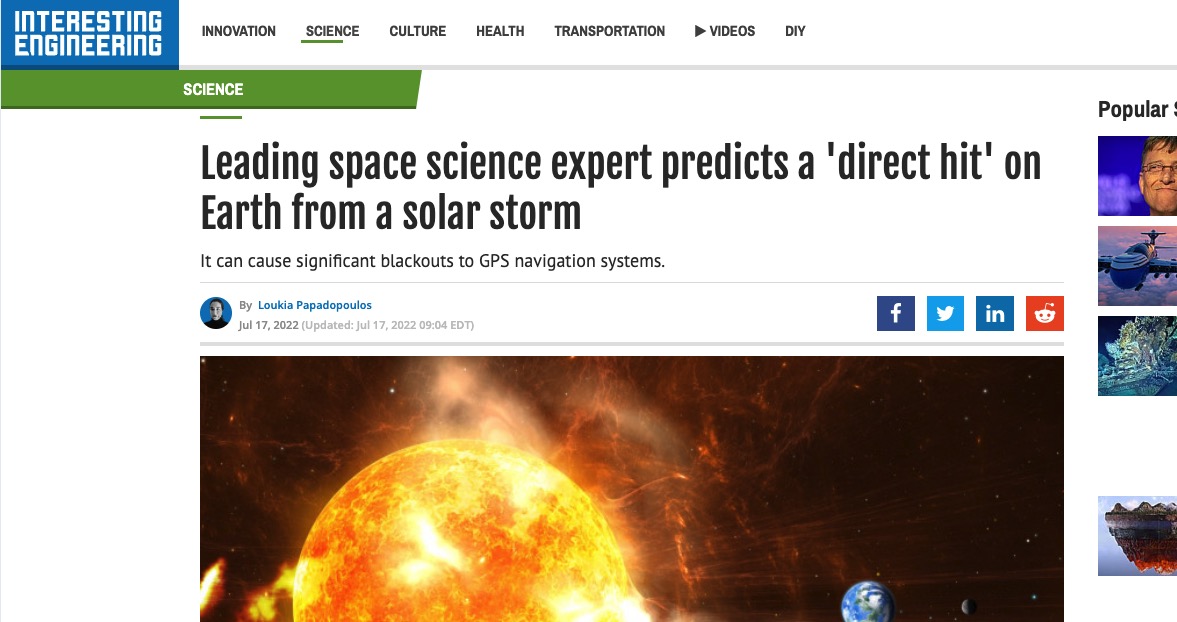 It has been a busy time for solar activity. Back in March of 2022, Earth was hit by separate geomagnetic storms, according to government weather agencies in the U.S. and the U.K.

Though the geomagnetic storms likely didn’t cause any harm, they brought into focus the potential harm that could come from more powerful storms in the future.

Then earlier this month, a G1-class geomagnetic storm hit the Earth, causing bright auroras over Canada. The only problem is that nobody saw this storm coming until it was quite late. Source: Interesting Engineering