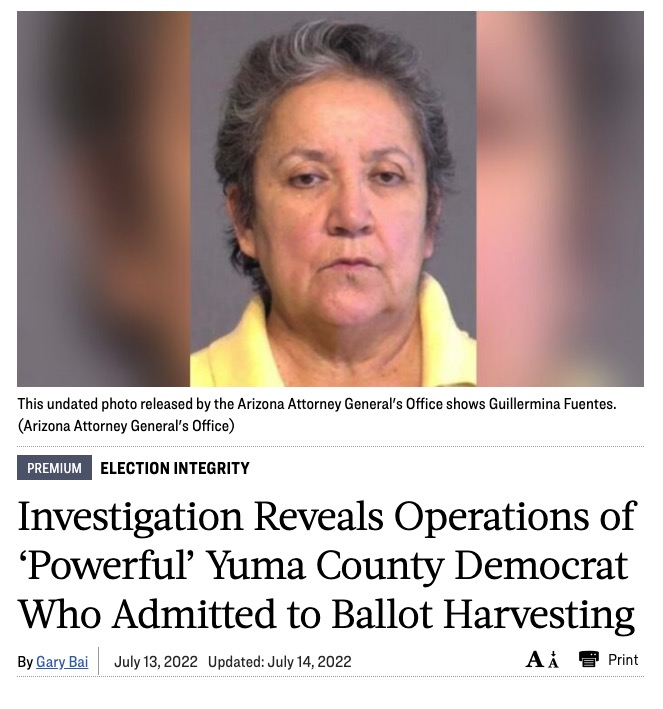 An undercover video at the polls helped investigators disrupt a local ballot harvesting operation run by a Democratic operative in Arizona, in a scheme that prosecutors have described as a “modern day political machine seeking to influence the outcome” of a 2020 municipal election.

Guillermina Fuentes, a former mayor of San Luis, and her associate Alma Juarez, earlier this year both pleaded guilty to one count of ballot abuse. Fuentes admitted to illegally collecting early ballots from four persons who were not her family members during a Aug. 4, 2020, primary election in the border town of San Luis.

Fuentes, of Yuma County, is the owner of a local construction business, a board member of the Gadsden Elementary School District, former mayor of San Luis, Arizona, and a Democratic precinct committee person. Source: Epoch Times