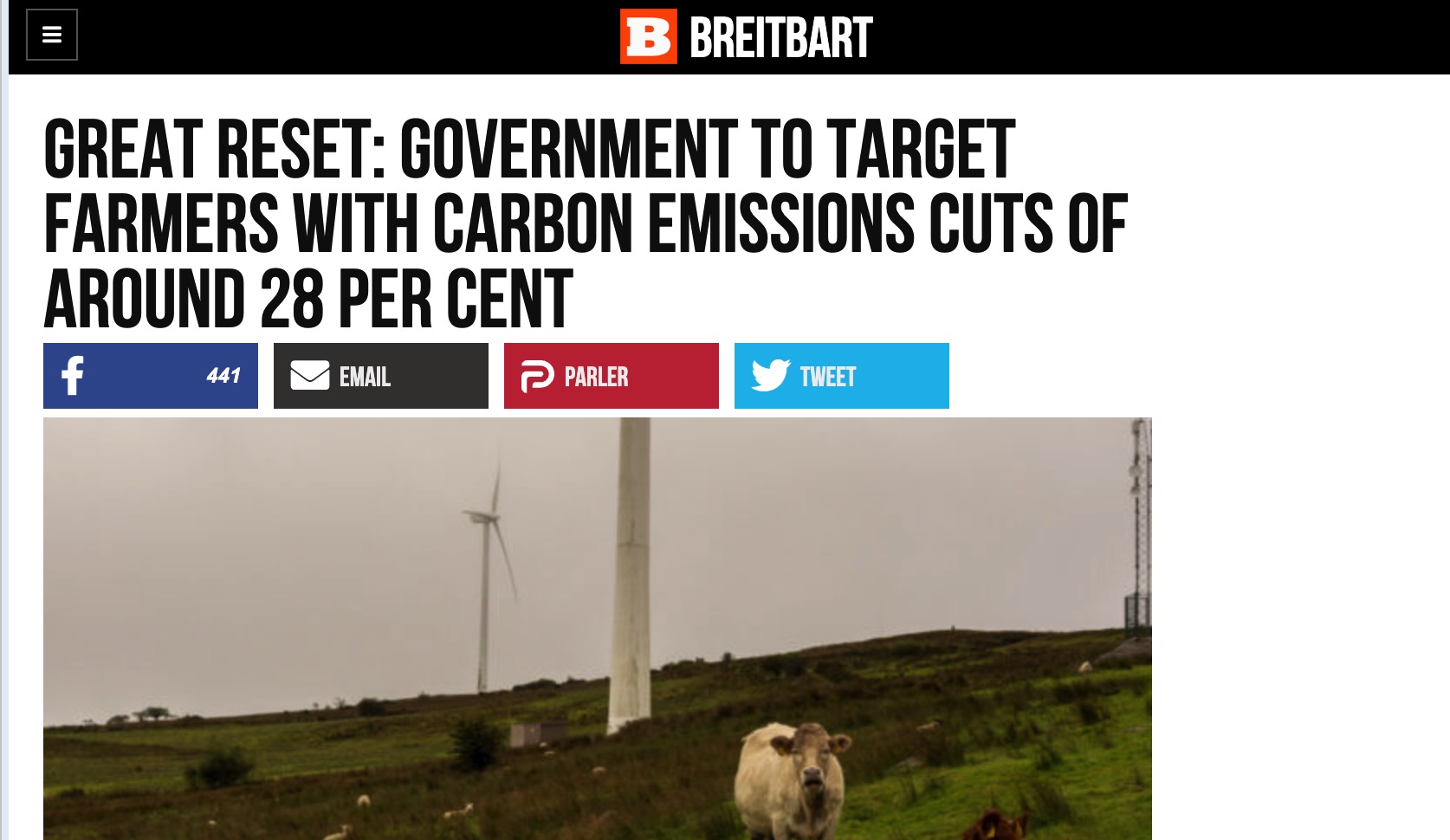 Ireland’s green agenda-loving government is set to impose an emissions cut of around 28 per cent on farmers, a report has claimed.

Farmers in Ireland may soon be forced to make potentially damaging changes to their businesses as climate alarmist ministers within Ireland’s government look set to cut the sector’s emissions by around 28 per cent.

Officials within the Irish government have been haggling over how badly to hammer the country’s farms with green legislation for some time, despite the visceral reactions of farmers in fellow EU member-state the Netherlands to the curbing of nitrogen emissions, due to the damage the EU-inspired restrictions will cause to their businesses. Source: Breitbart