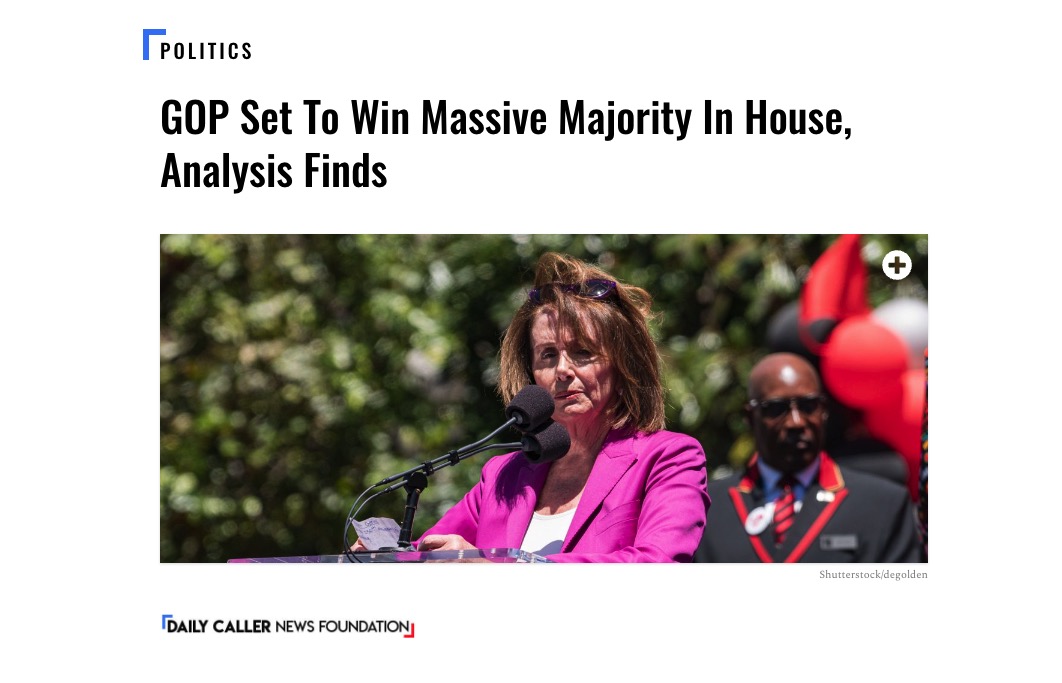 Republicans are expected to take control of the House of Representatives with a potentially massive majority, according to the Fox News Power Rankings.

The GOP is predicted to win between 225 and 255 seats in the November midterm elections, according to the Fox News Power Rankings, which uses data such as historical trends, fundraising and other polling to create projections for elections. Currently, there are 33 seats that the GOP will likely win, with another 30 seats considered as “toss-ups” come this November, according to the analysis. Source: Daily Caller