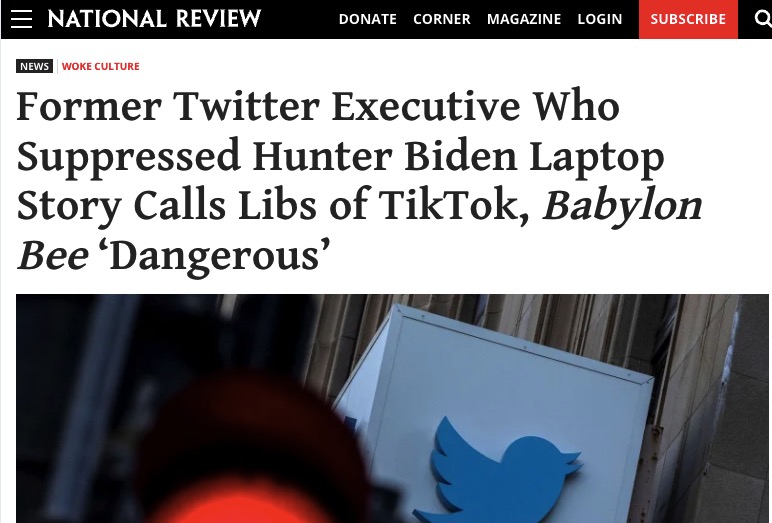 The former Twitter executive who led the team responsible for censoring the Hunter Biden laptop bombshell before the 2020 presidential election claimed last week that accounts that criticize the transgender movement are “dangerous.”

Yoel Roth, former head of safety and integrity at Twitter, who resigned upon Elon Musk’s acquisition of the company, said the online activities of Libs of TikTok and the Babylon Bee are “f***ed up.” The former is a massively popular account with 1.5 million followers while the latter is a satirical news outlet.

“We have seen from a number of Twitter accounts including Libs of TikTok notably that there are orchestrated campaigns that are particularly singling out a group that is already particularly vulnerable within society,” Roth said at an Informed conference on democracy in the digital age, according to a video reported by Ian Miles Cheong. Source: National Review