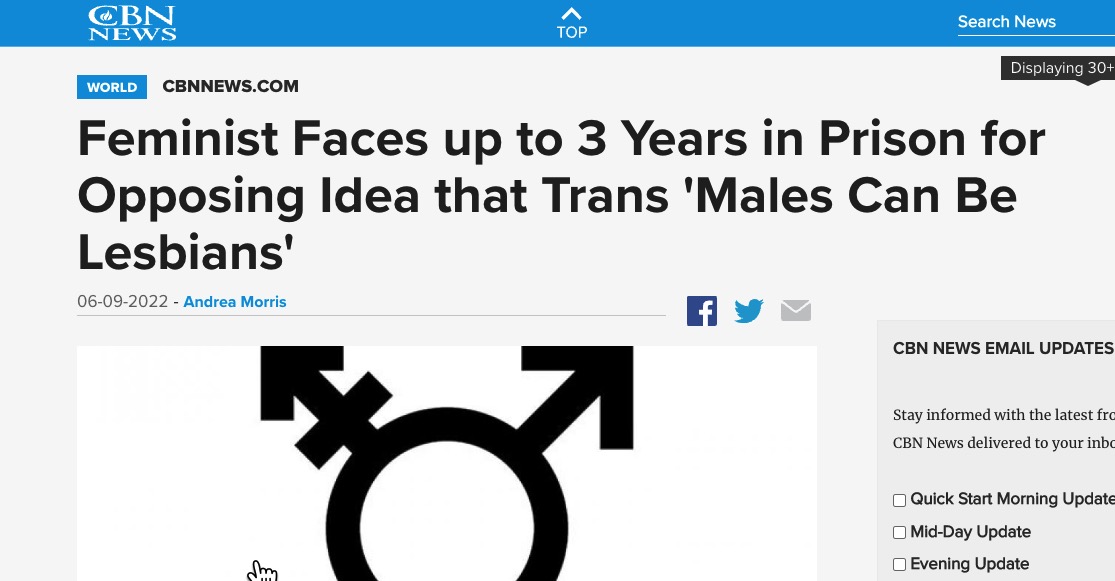 A Norwegian feminist is being investigated for reportedly criticizing a trans activist on Twitter and is now facing three years in prison on hate crime charges.

Ellingsen, who is a representative of the global feminist organization Women’s Declaration International (WDI), tweeted, “Why (does) FRI teach young people that males can be lesbians? Isn’t that conversion therapy?”

Another tweet, which is reportedly being categorized as hate speech reads, “Jentoft, who is male and an advisor in FRI, presents himself as a lesbian – that’s how bonkers the organization which supposedly works to protect young lesbians’ interests is. How does it help young lesbians when males claim to be lesbian, too?”  Source: CBN News