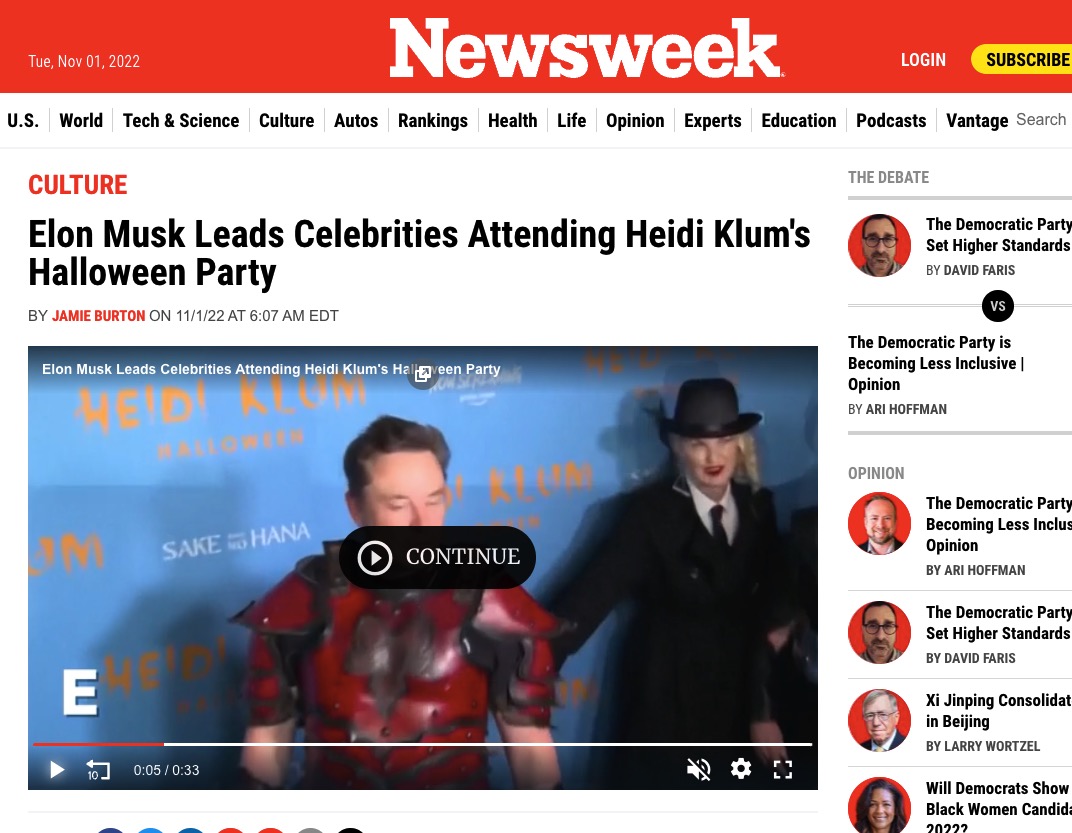 Taking a break from being the new “Chief Twit” at Twitter, Elon Musk attended Heidi Klum’s famous Halloween party, alongside a number of celebrities.

German-American supermodel Klum was hosting her 21st annual Halloween party, an occasion known for bringing out extravagant costumes, with Klum herself always going above and beyond when it comes to dressing up. This year was no different.

Elon Musk attended, alongside his mother, Maye Musk. Maye previously appeared on the German edition of Next Top Model alongside Klum. The billionaire’s costume appeared to be the Devil’s Champion-Leather Armor Set, which is marketed as costing $7,500 online. Source: TIME

A Close-Up of Musk’s Costume reveals a picture of Baphomet and an upside-down cross! 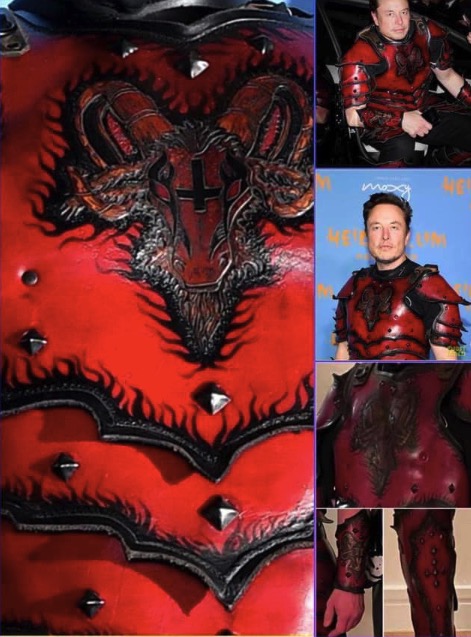