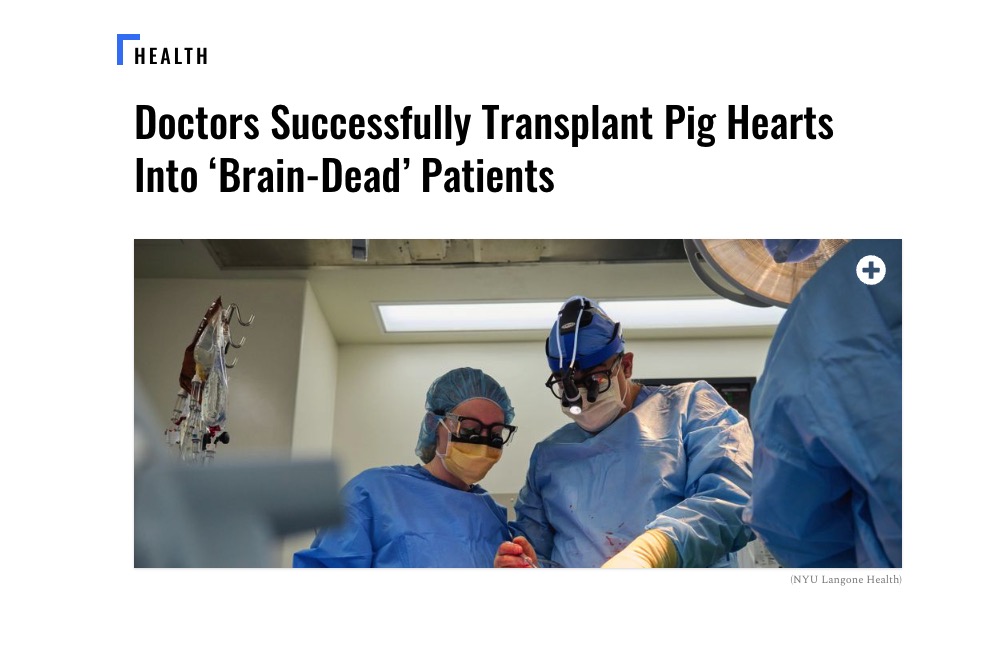 Lawrence Kelly, 72, and Alva Capuano, 64, both recently deceased, were declared brain-dead and kept alive on ventilators before they passed, according to The Wall Street Journal. Researchers transplanted the pig hearts into them in June and July, and both bodies accepted the transplant and maintained normal heart function for three days following the procedures, NYU Langone said. Source: Daily Caller