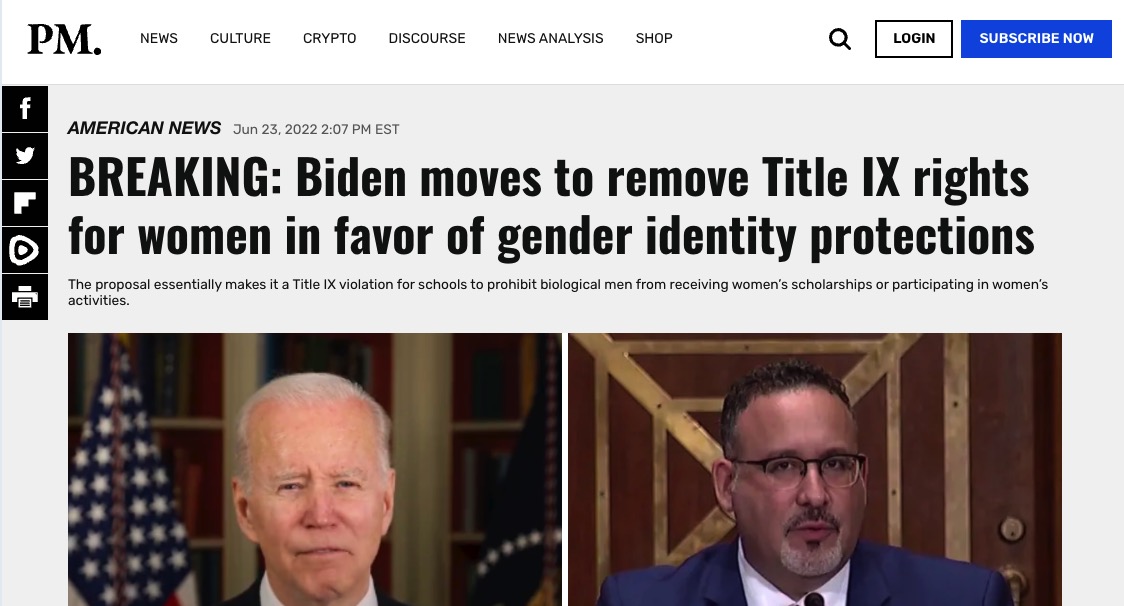 Biden’s Department of Education under education secretary Miguel Cardona has released a proposal for changes to Title IX which includes erasing biological sex from issues of sex discrimination. The proposal would conflate protections for biological sex with gender identity, and see no differentiation between the two.

Title IX, enacted 50 years ago in 1972, was intended to curb sex-based discrimination against women at universities. Fast forward to today’s 50-year anniversary of Title IX and the once-progressive rule has over-corrected into regressive territory. Source: Post Millennial