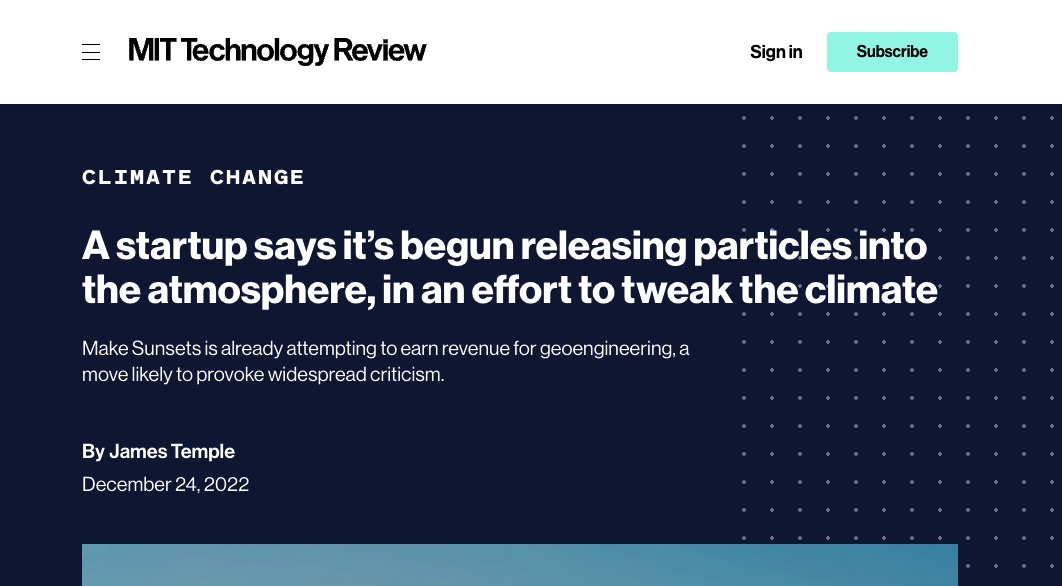 (Worthy Insights) – A startup claims it has launched weather balloons that may have released reflective sulfur particles in the stratosphere, potentially crossing a controversial barrier in the field of solar geoengineering.

Geoengineering refers to deliberate efforts to manipulate the climate by reflecting more sunlight back into space, mimicking a natural process that occurs in the aftermath of large volcanic eruptions. In theory, spraying sulfur and similar particles in sufficient quantities could potentially ease global warming.

It’s not technically difficult to release such compounds into the stratosphere. But scientists have mostly (though not entirely) refrained from carrying out even small-scale outdoor experiments. And it’s not clear that any have yet injected materials into that specific layer of the atmosphere in the context of geoengineering-related research. [ Source: MIT Technology (Read More…) ]

1 thought on “A startup says it’s begun releasing particles into the atmosphere, in an effort to tweak the climate”